A recent study finds millennial women in the workforce tend to experience less gender disparity than their older counterparts, though it continues to be a top concern. What’s less clear, though, is what exactly should be done about the problem. 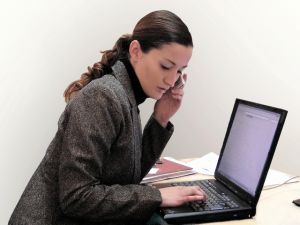 The report by the Pew Research Center, released in December, found women in the millennial generation earn, on average, 93 percent of what their male counterparts earn. Across all age groups, women earn 84 percent as much as men.

Our Orange County gender discrimination lawyers know that young women were more likely than young men to say society favors men. They are also more likely – 72 percent to 61 percent, respectively – to say more needs to be done to ensure workplace equality. And 75 percent of millennial women, as opposed to 57 percent of millennial men, say the country needs to do more to bring about equality in the workplace.

Much of the problem has to do with issues related to pregnancy, children and family. These are issues that uniquely affect women and their ability to pursue their career aspirations.

Millennial women often expect to carry most of the weight of parenting, which dims their view of their professional futures. Women’s careers tend to be unfairly penalized for having children, while men’s careers are not.

To some degree, this may be a problem of communication, one that could be helped by relatively subtle legal reform.

Federal law prohibits employers from asking prospective hires about their family plans. This rule is meant to protect women from discrimination on the basis of pregnancy. Employers are not supposed to make hiring, promotion or firing decisions based on a person’s reproductive plans.

Most employers will sidestep questions of family and personal life in job interviews. They know that direct questions regarding children, marriage, pregnancy or personal plans could lead to a potential discrimination claim.

Still, some employers may find ways to press for this information indirectly. For example, an interviewer may not ask whether you have or want children, but could ask how you spend your recreational time or where you see your life in five to 10 years. They may also look up your social media profile and glean information from there.

Some advocates are pressing for reform of Title VII and the Pregnancy Discrimination Act, the federal laws that prevent workplace discussions of pregnancy and family planning. These people believe that women should be encouraged to openly discuss their plans for both family and career.

A former senior counsel to the U.S. Senate Judiciary Committee recently told The Daily Beast that “it is possible” that anti-discrimination law prevents female workers and employees from discussing whether particular jobs are a good fit.

However, these protections exist for a reason, and we must be diligent in protecting them.