Orange County Employment Lawyers Blog
Although age discrimination is known to be extremely prevalent in California and throughout the country, it’s one of the harder cases to prove in employment litigation. It is one of the only protected classes listed under federal Title VII discrimination that doesn’t require the official EEOC sign-of to sue. (Claims can also be filed under the Age Discrimination in Employment Act.) 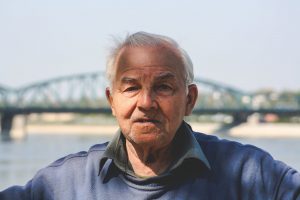 What really through a kink in the wrench of workers in these have to show that age was the employer’s prime motivation behind adverse employment action (hiring, firing, demotion, discipline, transfer, denial of benefits/perks, etc.). Because employer knew they only needed to come up with one other plausible, non-discriminatory reason for the action, the plaintiff would have difficulty making a case.
Now, a U.S. Senate Bill with bipartisan support would reverse that ruling, Gross v. FBL Financial Services, and make it so that workers wouldn’t have to prove discrimination based on age was the prevailing reason employer took the adverse action they did. Instead, they could prove discrimination based on age was one factor in the decision to fire, discipline, transfer, demote or not hire in the first place.

AARP’s executive vice president said the measure would make it clear to companies age discrimination is unacceptable and lawmakers’ clear intent is to ensure there is accountability when it happens.

The measure was approved today by the House Education and Labor Committee, meaning next step is the full House and then the Senate.

Outsized Generation Moving Up in Age

Orange County age discrimination attorneys know this move couldn’t come at a more pivotal time, as the number of older workers is climbing, a trend we’ll continue as the baby boom generation enter their 50s and beyond. More than 11.5 million positions will be added to the economy through 2026 – all filled with workers who pass the age 55.

And it’s not just that there are more of them, but that they’re working much longer. Back in 1995,  on 12 percent of all workers said they’d wait until age 65 percent to retire, according to a Gallup pole. By 2004, that figure had spiked to 30 percent. Now, that figure is at 40 percent.

Another analysis by ProPublica and the Urban Institute found more than half of workers in their early 1950s reported being forced out of their jobs, after which they struggled to land some work, stretched out time. This longer-than-expected setback

a=Yet another study by ProPublica and the Urban Institute found more than half of full-time workers aged 51 to 54 were at some point forced out of their job and then experienced long-term unemployment or a major slash in pay for years after.

In 2017, AARP surveyed 3,900 workers over the age of 45. More than 61% of respondents reported seeing or experiencing age discrimination in the workplace. Nearly 40% said the practice is “very common.”

The Gross case involved an employee of a financial services firm who argued his demotion at the age of 54 was at least in part due to his age. The court ruled that while plaintiff had been able to prove  age discrimination what he couldn’t show was that he was

Jack Gross sued FBL Financial Services, claiming that the company violated the Age Discrimination in Employment Act of 1967 when it demoted him, at least in part, because of his age, then 54. The court ruled that while Gross was able to show that age was one factor in his employer’s decision, he failed to establish that it was the sole reason.

It is this “sole reason” standard the bill aims to address.

Given that more than 60 percent of workers 45-and-up revealed in an AARP survey that they had seen or experienced age discrimination at work (with 40 percent remarking it to be “very common”), a federal measure like this would be a significant equalizing force between generations in the workplace.