A California agricultural firm based on the U.S./Mexican border is accused of discriminating against workers on the basis of disability and genetic information – in stark contrast to the protections outlined by Title IV of the Civil Rights Act. 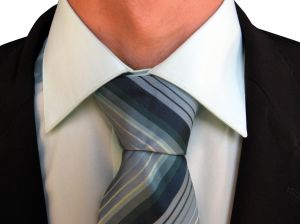 Our Costa Mesa disability discrimination attorneys understand that the company had a routine practice of requiring job applicants to undergo physical exams and questions about their medical conditions. Job hopefuls were also required to disclose what should have been confidential information about their family’s medical history (this is sometimes referred to as genetic information). Such inquiries were a condition of employment, and they are illegal under state law.

In at least one instance identified by the U.S. Equal Employment Opportunity Commission, an applicant was rejected as a result of these against-the-law inquiries. In that case, the worker had been in a temporary post for a number of months when he applied for a permanent position as a dispatcher in El Centro. The applicant was told he would be placed into the applicant pool following a drug test and physical examination.

In the meantime, the worker was allowed to start in the dispatcher position, albeit in a temporary capacity, pending those results.

During the medical exam, there were a number of disability-related questions that were asked, and a fair amount of family medical history was solicited by the examiner. This resulted in the examiner reluctantly disclosing that he had for a time been hospitalized due to an issue with his heart. This same condition was something that a number of his family members had been previously treated for as well.

In addition to violating provisions of the Americans with Disability Act, such actions also are against the Genetic Information Nondiscrimination Act of 2008. This measure bars discrimination on the basis of genetic information, with respect to both employment and health insurance.

As far as employers go, companies are prohibited to refuse to hire, fail to hire, fire or otherwise discriminate in any way against a worker based on genetic information. Further, such information is protected as confidential under the act. The law states it is illegal for employers to request, require or purchase such information with respect to an employee or employee’s family member. There are a few very limited exceptions to this law, according to the EEOC.

In general, companies are advised by the government that unless there is some business necessity for such information, companies need to avoid asking any health or medical history-related questions.

Those companies that violate these laws may be liable for monetary damages such as back pay, future lost earnings, emotional distress damages, punitive damages and attorneys’ fees and costs.