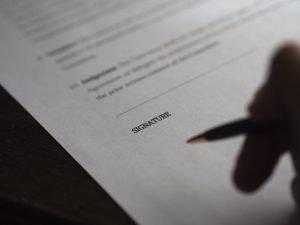 So the question was whether a no-group arbitration clause, in violating portions of the NLRA, provides for legal grounds to prohibit employer-imposed mandatory arbitration agreements.

The 5-4 ruling swung in the favor of the court’s conservative majority, narrowing employee protections – with seemingly partisan disregard for the whole purpose of the NRLA, which was passed as a means to counter the disparity in bargaining power between employees and employers.

Riverside sexual harassment attorneys know full well no such language exists in the FAA, the careful reading of a history of which seems most likely adopted as a means to best settle disputes among merchants (i.e., those who have comparable bargaining power, unlike employer/ employee disputes). It’s sponsors specifically indicated it wasn’t to be applied to employment of any workers engaged in foreign or interstate commerce, and those who sponsored it agreed aloud it wasn’t specifically intended to cover labor agreements. Nonetheless, here we are – primarily thanks to series of conservative reinterpretations of this act – going to so far as to conclude there existed a “liberal federal policy” of arbitration agreements in employment.

The only means by which to change these provisions are legal challenges, but that requires the state that passes legislation to the contrary to take it up with the U.S. Supreme Court. That requires time and expenses. At this juncture, given that such a challenge – were it to proceed to that level – would go before the same judicial panel that decided Epic Systems Corp. – is unlikely to be fruitful.

Brown did sign a similar measure in 2014. AB 2617 outlawed mandatory arbitration agreements for goods and services, but a federal appeals court in March struck down the law, citing the very same Federal Arbitration Act.

In 2015, Brown was presented with another bill, AB 465, that would have struck down mandatory arbitration in the employment context. However, he voted that, citing the FAA.

Brown did note that courts in California tend to be more employee-friendly than most, with provisions requiring adequate discovery, neutral arbitrator and no cap on remedies or damages. Riverside sexual harassment attorneys know that doesn’t necessarily mean it’s fair to employees, just generally fairer than other states.