A trucking association representing trucking companies in 11 states is petitioning the U.S. Department of Transportation to intervene in an ongoing legal challenge over state-mandated truck driver breaks. 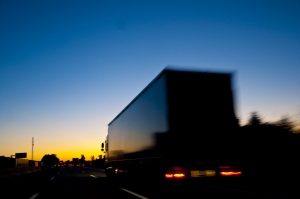 The group, Western States Trucking Association, has also filed a lawsuit over the owner-operator status, arguing these two issues impact all trucking carriers operating California – no matter where they are based.

The petition submitted to the DOT last month asks for a declaration that truck drivers hauling overweight and over-sized loads are subject to the federal hours of service rules, which (they argue) should supersede the state’s mandated break requirements. The complaint names as defendants the California Department of Industrial Relations as well as the state attorney, and seeks to a nullification of the state supreme court’s ruling that (they say) effectively “eliminates the use of owner-operators, even on-truck motor carriers,” from the trucking industry.

In the case of Dynamex Operations West Inc v. Superior Court, the state supreme court in April issued a series of criteria by which carriers could figure out whether a truck driver is an employee or an independent contractor (owner-operator). Broadly speaking, that decision found California labor and employment laws and public policy heavily favor a finding that truck drivers are employees, as opposed to independent contractors. As our Orange County employment attorneys can explain, employees are entitled to a host of benefits as opposed to independent contractors. These include guarantees to receive breaks at certain intervals, workers’ compensation in the event of injury and overtime pay for those who work more than 40 hours in a week.

Those employers who exert a high level of control over the employee/ contractors daily tasks, as well as the nature of work performed and the type/ manner of work performed are generally considered employees. This is sometimes referred to as “the ABC test.” As noted by the Commercial Carrier Journal, the ruling “presses carriers to classify drivers as employees, even for owner-operators to whom they contract freight.”

The trucking carrier association alleges the state supreme court’s decision is in direct conflict with a mid-1990s-passed Federal Aviation Administration Authorization Act, holding that states can’t enact legislation that interferes with the service, routes and prices of motor carriers that operate interstate. Plaintiff association argues the state supreme court’s ruling interferes with all three, and further has the potential to severely negatively impact numerous small trucking companies in the state – including owner-operators who own a single truck. Further, they allege, the ruling violates both the Supremacy Clause and the Commerce Clause, as outlined in the U.S. Constitution. Plaintiffs argue that the state supreme court ruling opens virtually all companies that utilize independent contractors to the risk of “predatory lawsuits.” Further, the association insists the trucking industry is entitled to special legal protections under federal law from precisely this type of ruling. Plaintiffs are hoping for an immediate injunction against the state enforcing this rule. The association is also teaming up with lobbyists to press for a legislative reversal of this action.

The association says the state supreme court’s ruling has led to a flood of lawsuits against trucking carriers (particularly smaller entities without resources to fight back on costly litigation) by drivers.

However, the problem with that reasoning is that when carriers refuse to allow drivers to take state-mandated breaks (such as meal breaks) they are depriving workers of rights that federal and state legislators have found they should be entitled to have. A truck driver who does not have adequate opportunity to eat and rest is not going to be a safe driver. The group alleges interstate truck drivers traveling through the state shouldn’t necessarily be subject to the same rules and laws as those that operate solely in California. The group is further pushing other states not to enact similar laws.