California wage theft victims – thousands of them, collectively owed millions of dollars in unpaid wages – might never be compensated for their losses, as worker advocates allege the state watchdog agency responsible for investigating routinely fails to effectuate timely resolutions. 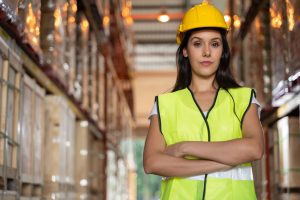 The California Labor Commission is charged with enforcing state labor laws – including those that protect workers against wage theft. The company pursues claims against companies alleged to have systematically sidestepped state labor laws, as revealed in extensive payroll record audits, employee interviews and reviews. Of course, employers can appeal those citations, and many do. That prompts a scheduled hearing by the state’s Labor Commissioner’s Office. The problem is that those hearings can take years to get on the schedule. Meanwhile, workers – many of whom are employed in low-wage industries – are delayed their rightful restitution. The pandemic didn’t do anyone any favors, serving only to further exacerbate the delays and backlogged cases.

As our Riverside wage theft attorneys can explain, the longer these cases drag on, the less chance there is that workers will actually receive what is owed to them. For workers who live paycheck-to-paycheck, that’s a significant burden.

Some of the examples cited in a recent investigation of the state agency include:

The Labor Commission has asked the state for more funding to better staff its Wage Adjudication Unit. Legislatures did approve 63 new positions last year – including 14 new hearing officers – which should be filed sometime in 2024. But it’s not clear the exact impact that will have on claims processing timelines.

Hearings are supposed to take place within four months of the date of the individual complaint, but the average wait time is currently around five times that long (19 months). As these stale claims are waiting for hearings, new ones keep piling up. A report in 2020 revealed more than 6,800 violations over the course of two years, involving proposed fines of more than $228 million. However since that time, only 12 percent of that has actually been collected. As cases drag on companies close or go bankrupt. Witnesses move away or give up.

The WCA unit was supposed to be a means to give workers a quick, no-cost alternative to suing their employer in state court. But as these facts make clear, workers are much better off hiring a private wage and hour theft attorney to directly manage their case. Assuming they have a good case, they’ll have a much stronger chance of actually collecting on those losses, even if some of it goes toward covering attorneys’ fees.