According to a recent news release from the Voice of OC, two former employees at the Orange County Assessor’s Office have filed a lawsuit claiming wrongful termination and various other allegations of violations of the California labor code. 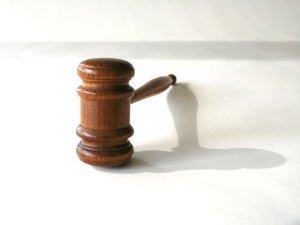 While there was some hope that the case would be settled prior to trial, it now appears that it will likely be heard before an Orange County jury, as the trial is scheduled to start in October of this year.

Both employees who are now plaintiffs worked for Orange County for more than three decades before they were asked to move to the county assessor’s office to help out as additional employees were needed as soon as possible.  This was soon after the assessor was elected to office in 2014.

According to their complaint filed with the superior court, they were hired to perform audits and find issues within the department.  They apparently found a lot of problems within the department as a result of their thorough audit process, and they claim their employer became unhappy with the number of problems they discovered, so he fired them. This was the basis for their Orange County wrongful termination action.

The reason for the audit in the first place was because there were well known problems with the office under the direction of the previous assessor, and these issues were the subject of a major investigation by the Office of the District Attorney for Orange County.   Specifically, the former assessor was charged with allegedly filling fraudulent election papers of some sort so that his nomination would become official and he could run for office again.

As part of a deal, the former assessor was sentenced to 2 years of probation and required to perform community service.  He also had to pay a fine but avoided serving any jail time.

Also as part of their wrongful termination lawsuit, they are claiming that the county breached the contract they had. In many cases, a person can be a statutory employee, as opposed to an independent contractor, and still have a signed contract.  This is generally considered an employment agreement or employee contract (sometimes a memorandum of understanding), but it is different from a contract that an independent contractor would sign with the contracting party.

In addition to the actual claims, there is a lot of information about the problems alleged at the office and claims of confusion.  The county is fiercely denying these allegations and is claiming that the plaintiffs are interjecting inflammatory information to turn the trial into a “circus” and then use the chaos to their advantage.

The county claims there was a valid basis for the termination of the employees, and, if these claims were established, it would mean that the firing was not wrongful.  It should be noted that there has been no decision, and this case is still very much contested, which is the reason for a trial.  It should also be noted that even the most heavily contested cases may reach a settlement as things get closer to the actual date of trial.  Some cases will even settle after a trial has commenced.