In Great Falls Clinic LLP v. Eighth Judicial Dist. Court, plaintiff was offered a position by the defendant and she accepted her offer of employment.  After accepting the employment offer but before starting work, the employer rescinded their offer of employment and said they were no longer interested in employing plaintiff.  This was not an oral offer and acceptance as employee had signed a written contract agreeing to work for employer. 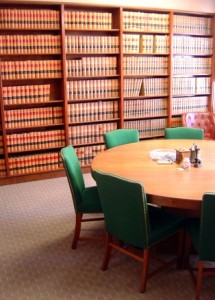 Following their refusal to employ plaintiff, she filed a lawsuit claiming wrongful termination and a violation of the Wrongful Discharge of Employment Act, which is a local law applicable in this particular jurisdiction in which plaintiff and defendant were situated.  This was a case based upon the theory of promissory estoppel, breach of contract, and breach of the relevant labor law.

As our Los Angeles employment attorneys can explain, the doctrine of promissory estoppel applies when someone makes a promise (typically in a contract) and then breaks the promise in a manner that causes a loss to the non-breaching party.  For example, if one party contracts with a homeowner to paint the homeowner’s property, the contract may require the party to go out and purchase a certain quantity of paint if a particular color.  If the party relies on the contract and goes out and purchases 50 gallons of green paint, and then the other party cancels the contract, they may be estopped (stopped) from so doing because the other party relied upon that promise to their detriment.

In this case, plaintiff was working at one hospital for around 20 years.  She was then offered a job at another hospital and accepted that offer.  She gave her two weeks’ notice to her then current employer and signed the written contract for employment at the new hospital. On her last day at her old job, she was told that the new hospital would not be hiring her and now she was without a job. She argued that she resigned from her current job after she relied on the new job offer and it was to her detriment.

At this point, employee appealed and the intermediary court of appeals concluded that trial court had erred as a matter of law in holding that the labor law did not apply and reversed the granting of the motion for summary judgment.  It is important to note that this does not mean the plaintiff will automatically win the case, but it does mean that there is a dispute as to material facts and the jury should hear the facts and make a determination.

The defendant appealed again and on appeal, the state supreme court determined that trial court did not err as a matter of law and reinstated the trial court’ s granting of a motion for summary judgment.