Of the $110 million paid out by the city of Los Angeles for its police department’s alleged wrongdoings over the last six years, roughly a third of that was for employment-related litigation. 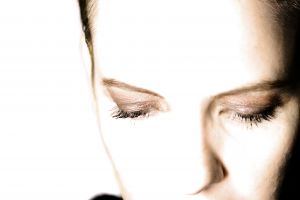 The employment litigation audit, conducted by the inspector general of the police commission, found that between the summer of 2006 and the summer of 2012, was conducted for the purposes of determining whether the agency had complied with the mayor’s earlier directive for minimizing litigation risks.

The inspector determined that no, the police department hadn’t done all it could to limit the risk of litigation, particularly in relation to employment lawsuits.

When it came to employment-related lawsuits and settlements, the department during the analyzed time frame had paid out:

About 40 percent of those claims were settled prior to being heard by a jury, with the average award somewhere in the $500,000 range, depending on the type of claim. For example, a claim of medical discrimination might result in a $75,000 settlement, while a substantiated claim of sexual harassment would generally cost the agency about $2.25 million.

One example of these cases was a $1.25 million payout to one current and another former officer who alleged they suffered repeated harassment by a superior on the basis of their sexual identity.

The sums were generally higher for those that plaintiffs won at trial. Awards averaged about $2 million, ranging from about $85,000 for a case of gender discrimination to about $4.3 million for a case of retaliation.

One of those recent cases involved a $1.2 million jury award in favor of a black officer who alleged racial harassment by his superior.

Only a handful of the cases that went to trial were decided in favor of the police department. Even in those cases, it took an average of 2.3 years to litigate.

The cost of each individual case wasn’t tracked by the agency – a point of criticism by the auditor. However, the city paid out nearly $43 million to litigate employment liability cases pertaining solely to the police department during that time.

Part of the reason these figures were so high, auditors surmised, was because the police department hasn’t been doing enough to learn from its previous mistakes.

For example, the agency is accused of systematically destroying case files of older complaints. Additionally, the agency has been accused of keeping incomplete or inaccurate information regarding previous lawsuits. There is also reportedly no system in place that allows police administrators to identify recurring problems among employees.

The police department has since fired back with a response, indicating that while the payouts may have taken place over the last six years, many of these cases are older, some dating as far back as 1999. Chief Charlie Beck contends that most of the issues highlighted in the audit have already been mitigated, with the total number of employment litigation cases dropping to 16 last year, compared to several dozen just a few years earlier.

There have been eight new filings so far this year.