While there has obviously been a lot of discussion about the increase in minimum wage in the city of Los Angeles and the state of California, the amount of money an employee earns per hour is not the only thing that determines whether an employee can live off his or her salary. 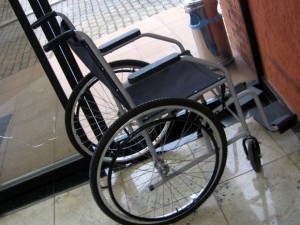 Benefits can actually be equally as important or even more important than weekly wages, because benefits can significantly reduce the amount of expenses an employee has and can also provide a means for an employee to take care of his or her family.

As our Orange County employment attorneys understand, one of the rights for which workers and worker advocacy groups have been fighting is paid sick leave. According to a recent news feature from San Diego 6, the newly signed Assembly bill AB 1522 will make California one of only three states to have mandatory sick leave requirements for employers.

This new law, which goes into effect on July 1, 2015, will require employers to provide each and every employee with paid sick leave. This includes nannies and home healthcare workers.  Specifically, the law will require employers to provide each employee with up to 24 hours or three workdays of sick leave each year. The year will begin on July 1, 2015 for all current employees and for future employees will begin on their first day of actual employment and end on their one-year anniversary of employment.

The new law will also cover employees who are part-time and temporary employees. This is a big step in helping many workers, because temporary and part-time employment is very common as employers often choose to hire many part-time employees instead of fewer full-time employs to cut down on the amount of benefits which must be paid to their workforce.

Under the new law, employers will be charged with the task of keeping track of a worker’s sick leave accrual and use. The sick leave may be used pursuant to an employer’s already existing sick leave policy, so long as that policy is consistent with California state laws. Employer will be required to a add a section to their existing employee handbooks

It is important to understand this policy is applied to all employers, including multinational corporations who have some type of presence in the state of California, as well as small businesses who may only have a single employee. Many employees are celebrating this recent addition to the California labor laws, while employers claim this law will be detrimental to their overall profitability and likely cause them to lay employees off or find other ways to reduce costs.

California employers are also required to add a paid sick leave section in their employee handbooks, and, while workers are excited for this new benefit, some employers are not.  Some employers are claiming this will make it too expensive to hire as many workers, and they may have to cut back on their existing workforce. However, these threats and rarely followed up on and are mainly just seen as sound bites and quotes.