CNN Money recently tackled the widespread myth that the market sets salaries. The reality is that this is simply untrue. People on the company’s compensation committees set salaries and sometimes these boards do not make smart or informed choices.  In fact, sometimes compensation committees make decisions that cause damage, including wage theft or employees making salaries that are below a living wage. 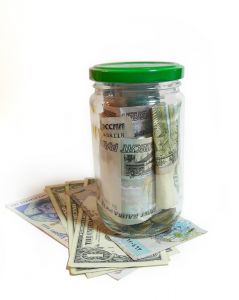 While employers do not necessarily have to guarantee you a living wage, they do have to pay at least the minimum wage and they must comply with labor laws, including those prohibiting wage theft. If you are the victim of an employer that fails to pay you the amount required by law, an Orange County employment law attorney can provide you with assistance in pursing legal action.

Compensation committees base their decisions on wages on the beliefs and desires of members of the board. However, wage theft is against the law and it is essential that companies set policies to ensure that employees are paid according to federal and state rules for overtime and for time spent at work.

CNN Money reports that while not illegal, failure to pay a living wage can result in lower worker productivity and elevated levels of worker stress. Despite the fact that paying workers more can have myriad benefits both for the individual company and for the economy as a whole, few compensation committees are moving to pay employees higher salaries. In fact, in mid-April, Janet Yellen, the Chair of the Federal Reserve, stated that “wage gains continue to proceed at a historically slow pace in this recovery, with few signs of a broad-based acceleration.

The reluctance to give average employees a wage may be driven by what CNN Money describes as a “myopic focus on controlling the labor supply and its costs.” Examples of this type of behavior include public pressure from Facebook and Google to loosen immigration standards to increase the supply of low-cost labor, as well as offshoring of jobs by companies like Apple.

This has serious consequences, with the Institute for Policy Studies reporting that many workers at fast food restaurants rely on at least one public assistance program because they are not being paid a living wage. A study from the University of California reveals that this comes at a cost of $7 billion per year to taxpayers who are subsidizing the low wages.

Experts believe that if even one major company changed its practices and took steps to boost worker wages, this could have a ripple effect across all other low wage industries. Until this occurs, however, it is unlikely that compensation committee members are suddenly going to come to the realization of how squeezing worker pay adversely impacts their businesses and the economy.

While no one can force these committees to truly recognize the value of paying workers a fair wage for a day’s work, at least labor laws do ensure that employees get the money they are promised or can take legal action for wage theft.