Some industries and professions leave women more susceptible to sexual harassment, even violence in the workplace. Now, legislators and female workers in the agricultural industry are working together to stop the sexual harassment of farm workers in California. According to reports, women who work in fields and packaging plants are often the target of sexual harassment by crew bosses who have threatened to fire those who speak up. A new bill would crack down on employers who are responsible for harassment or who fail to protect workers. 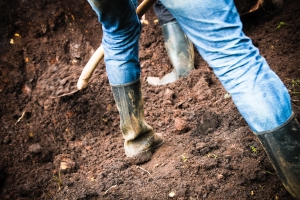 Sexual harassment is illegal in any work environment and retaliation for reporting misconduct is illegal. Our Orange County employment law attorneys are dedicated to protecting the rights of sexual harassment victims. In addition to providing sound counsel and representation, we are also abreast of the legal issues and developments that impact worker rights in California.

SB 1087 is a proposed measure that targets farm labor contractors who hire workers for field jobs. The law would give the state labor commissioner the power to revoke licenses if supervisors sexually harass workers. The law is intended to keep employers abreast of interactions in the field and to ensure that workers and supervisors are held accountable in the event of harassment.

Though many employers may not immediately step in when harassment is reported, the new law will create an economic incentive to keep the agricultural workplace harassment free. Lawmakers have an incentive to ensure that workers are treated with respect and given necessary protections under California state law. The bill was inspired after an investigative reporting team at UC Berkeley published an in-depth report on the issue of farm worker sexual harassment and assault. One of the primary subjects of the report was assaulted by her supervisor and harassed for months.

According to the investigation, supervisors on the farm are often not trained to prevent sexual harassment. Those in charge are responsible for knowing about pesticides, safety and other regulatory matters but were not proactive about preventing sexual harassment or sexual assault in the field. In many cases, supervisors were asked to sign a waiver  indicating that they had been trained, when in fact they hadn’t.

The new bill would require more training for supervisors and for all farm employees to prevent sexual harassment. State farm groups that often oppose additional regulations already have stated that they will not block this bill, admitting that it is an issue for workers, especially women. While the bill has gained overall support, there are some provisions that may be challenged, including the background check requirements. Farm groups say that they simply don’t have the resources or technology to uncover this information. The concern may be addressed through an amendment requiring written disclosures from applicants.

Individuals who have suffered sexual harassment in the workplace should consult with an experienced advocate. Sexual harassment is illegal and victims may be entitled to significant compensation and justice through strategic legal action.