Paid sick days and paid leave are the dream of many employees. California provides paid family leave and has since 2002.  However, there is no federal requirement for any type of paid leave and many workers are without the ability to take a day off from work with pay when they are ill. Even California’s system for paid leave is not perfect, despite the fact that the California Employment Development Department estimated 13.1 million Californians eligible for the State Disability Insurance (SDI) program have also been covered for Paid Family Leave Insurance benefits since July of 2004. 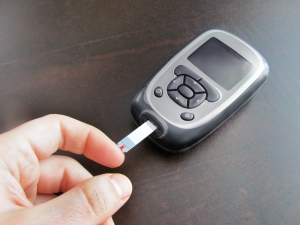 When paid leave and paid sick day proposals are put forward and considered by lawmakers, most of the focus is generally on the benefits that would accrue to employees. The Center for American Progress, however, has outlined the “Business Case for Paid Leave and Paid Sick Days” so employers can have a better understanding of how letting employees take sick time can benefit the company as well.

According to a 2014 study on paid sick days laws in Connecticut, approximately one-third of businesses reported that worker morale had improved. Connecticut’s law was the first state-wide policy guaranteeing paid sick days in the entire United States.

In addition to improved worker morale, 15 percent of businesses saw that their productivity increased and that there was a reduction in the spread of illnesses in the workforce.  When employees don’t have paid leave, they are often forced to come into work even though they are sick. They then spread their germs to their co-workers, creating office epidemics that seriously damage productivity.

There were not very many reported downsides associated with the beneficial paid sick leave bill.  For example, only one business out of every 10 reported that their payroll costs went up by at least three percent.

Because of how well the law worked, many Connecticut businesses have changed their tune dramatically.  Many of the companies that said they’d be forced to fire people or cease operations have actually, instead, expanded their operations and hired more people.  Furthermore, almost 40 percent of the employers who were interviewed by the survey said that they were “very supportive” of paid sick leave laws, while 37 percent were “somewhat supportive.”

Past evidence from cities within California also seems to affirm the benefits of paid sick days.  Studies have shown business fears to be largely overblown and San Francisco’s paid sick leave laws have had positive results for businesses since they were first passed in 2007.

With both workers and businesses benefitting from paid sick leave laws, it just makes sense for the government to act to give employees nationwide the right to take a paid day off when they are ill.