The memo that went out to Target managers in Northern California was supposed to curb some of the issues the company had apparently been having with cultural insensitivity. 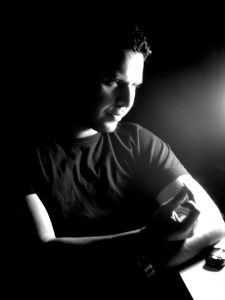 Instead, that communication became symbolic of the harassment and discrimination that Hispanic employees there were being forced to endure while working there.

Our Costa Mesa race discrimination lawyers understand that among the items listed, managers being counseled in “cultural sensitivity” toward Hispanic workers were informed that:

Target has confirmed that the memo is legitimate, but company officials have declined to comment on the specifics of the case. An official did apologize for the contents of the memo, saying it was never the intention to offend and it’s not representative of the company’s overall values and beliefs. The document was not part of any formal training or anything that was distributed companywide. Still, the firm says it takes responsibility for it and is “truly sorry.”

The former employees have filed a lawsuit in Superior Court, alleging that practically all management positions at the chain store were held by white people who frequently used racial slurs when speaking to or about Hispanic employees.

One comment referenced the hard work of “wetbacks,” while another intuited that an employee had to be Mexican to work as hard as he did. Another once exclaimed that he was “sweating like a Mexican.”

One of the workers said he went to the company’s human resources department with his complaint. However, instead of addressing the problem, he says, he was retaliated against. His manager, informed of his complaint, began to pepper his language even more with racial slurs geared directly toward the employee.

There were also multiple instances where the manager threw boxes on the ground and then ordered the employee to pick them up, in an apparent attempt to embarrass him in front of his fellow co-workers.

Eventually, this employee as well as two other Hispanic males were fired.

According to the EEOC, racial discrimination is negative or unfavorable treatment of an employee or applicant on the basis of his or her race or characteristics associated with race. These might include one’s skin color, facial features or hair texture.

Racial harassment could include the use of offensive racial slurs, derogatory remarks about a person’s color or the display of materials or symbols that are racially offensive.