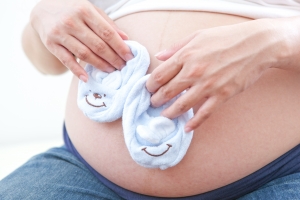 Unfortunately, while the Pregnancy Discrimination Act is supposed to ensure that pregnant women do not face discrimination or abusive employment behavior, there are problems with this 35-year-old Act.  Loopholes have allowed courts to uphold an employer’s right to fire a woman after she sought reasonable accommodations during her pregnancy.  California state has passed some laws designed to address the employment problems pregnant women face and to provide added protection, but the state’s efforts have been imperfect.  This is why many women’s rights activists are supporting the Pregnancy Workers Fairness Act and urging lawmakers to pass it.

Because so many pregnant women do face unfair treatment on the job, this Act could go a long way towards improving conditions and making the workplace a better and safer place.  For women who are victimized, a Los Angeles employment attorney can provide legal representation.

Many women experience some type of physical restrictions as a result of their pregnancy. If these women had the same restrictions because of any other type of disabling condition, employers generally would accommodate them. Unfortunately, plenty of employers refuse to act to protect pregnant women because pregnancy complications are somehow seen as different than other disabilities.

One cashier in Kansas, for example, was fired by Wal-Mart because she carried a water bottle on her person in order to stay hydrated and avoid getting repeated urinary tract infections. Another worker in Oklahoma was fired because she had a restriction not to lift more than 15 pounds during her pregnancy.

With California’s tougher laws on pregnancy discrimination, you might assume that this couldn’t happen in California. Unfortunately, the Los Angeles Times reported on an egregious case where a Pier 1 sales associate was forced to go on maternity leave before her child was even born.

The sales associate was told by her obstetrician not to climb ladders or lift objects weighing 15 pounds or more.  The pregnancy was not a high-risk one and she could have continued to work.

When she asked Pier 1 to accommodate these restrictions, she was put on eight weeks of “light duty.” She asked for an extension but instead the store put her on unpaid leave. She had worked at the store since November of 2011.

Her unpaid leave lasted for four months, with this maternity leave period ending in May. This means that by the time her baby is born on the due date of July 7, her maternity leave will be exhausted.

The actions on the part of the employer may be against California’s laws requiring reasonable accommodations for pregnant women.  She fears she may be fired when she does not return to work on May 20, and she has taken legal action against the store for an alleged violation of the law.

It is egregious that employers think they can get away with this behavior,  and tougher laws on pregnancy accommodations could help to resolve this problem for other women. Victims of pregnancy discrimination can still pursue legal action under existing California laws.