While many people have the same schedule for work in any given week, this is a luxury most in the Los Angeles retail industry do not enjoy.  According to a recent news article from CBS Los Angeles, a new study from the University of California at Los Angeles (UCLA), finds most retail workers face the difficulties of a constantly shifting schedule and it creates a serious hardship in many aspects of their lives, especially when it comes to arranging for child care. 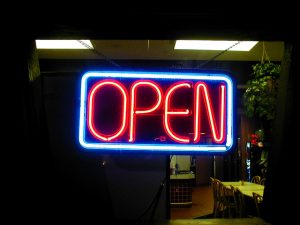 Working in a retail environment often means workers must wait for the next week’s schedule to come out to know what days and hours they will be required to work.  There is often a mechanism for requesting certain times off, but employer’s do not always approve such requests, and even if they do, it is not uncommon for these approved-requests to be completely ignored when putting out a schedule.  This is not only true for those in the retail industry, but also for those in the service industry, such as working at a restaurant. As our Orange County employment lawyers can explain, this is not a major problem for students and other young people, though even for them it can be an inconvenience. But for those with kids, it can be very costly in terms of securing childcare, and can have many other consequences as well. The UCLA study involved over 140,000 retail employees and found 80 percent of these workers saw major changes in their respective schedules from one week to the next.  This included what days they were required to work, how many hours they were given in a week, and what hours they were scheduled to work.  This creates the obvious problem of not only arranging other aspects of their lives, including care for their children, but also knowing how much money they would be making each week.

Not only are they given vastly different schedules from one week to the next, they are often only given their schedule a week in advance in nearly 80 percent of the cases.  While a major retailer, or even a smaller one, could realistically make a case that needs changes with the week of the year, depending on predicted sales, there is no reason these schedules cannot be made much earlier so employees have more time to plan and make needed arrangements.

In the case of large retailers, they regularly track sales from a week to week basis for years and have historical data to make accurate predictions well in advance of the actual work week being scheduled.  While it is certainly true even the best predictions could be wrong as unforeseen events will occur, it should be no different from how the electric company can provide historical data and estimate what energy use will be in any given month based upon this historical data.

To make matters worse, this recent UCLA study found most of the workers being surveyed made minimum wage, or close to minimum wage, so we are dealing with employees most vulnerable to the pitfalls of a shifting schedule.