Silicon Valley employment lawsuits are making headlines, including those involving sexual harassment claims against a Yahoo executive, age discrimination claims throughout the high-tech industries, and now a sexual harassment claim has been filed against the co-founder of the dating app, Tinder. According to the lawsuit, filed in Los Angeles Superior Court, the founders committed multiple acts of harassment and discrimination against another female founder. The plaintiff was also the face of Tinder and was a huge force in marketing Tinder to young women. 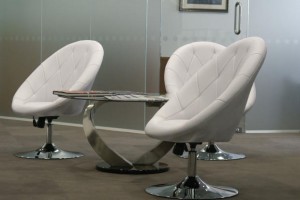 According to the lawsuit, the plaintiff was  a founding member and instrumental in building the name and brand, including changing the name of the app from “Tender” to “Tinder.” The case may have been complicated by an ongoing romantic relationship between the plaintiff and another member of the founding team. Our Orange County sexual harassment attorneys are experienced in helping victims protect their rights. We will take the time to review your case, identify potential options, and help you achieve an optimal settlement or jury verdict, if necessary. Sexual harassment claims, especially those involving high profile executives, should be handled by experienced attorneys who can treat your case with discretion.

The complaint states that the chief marketing officer was in and out of a romantic relationship with the plaintiff and engaged in threatening and abusive behavior. Allegedly, the chief marketing officer called her a “whore” and threatened to strip her of her title because associating with a young woman would “devalue” the company. The plaintiff claims that she finally broke down and agreed to resign in exchange for a severance package and the vesting of her stock. Rather than comply with terms of the agreement, she was fired. The lawsuit alleges that the executives participated in continued and egregious discrimination on the basis of sex. This is in-line with other criticisms of Silicon Valley and predominantly male-dominated tech start-up environments.

Recent reports indicate that tech giants, including Google and Facebook, have a statistically low proportion of female employees, especially at the executive and engineering level. The case is currently being investigated and the parent company of Tinder has suspended the chief marketing executive. Tinder and its parenting company are also seeking to dissociate from the lawsuit, alleging that the private messaging between the parties had nothing to do with management. In this case, the plaintiff must demonstrate either hostile work environment or a quid pro quo situation where the plaintiff was either given special treatment or suffered from an adverse employment termination as a result of sexual discrimination.

Executives with high pay and power in a company are still eligible to file sexual harassment claims. As long as a plaintiff can demonstrate sexual harassment or discrimination based on sex in the workplace, he or she may be eligible to file a claim. The settlement or verdict involving an executive may be higher as a result of lost wages and pay and the long-term career impact of a sexual harassment case. Executives should consult with an advocate before making important employment decisions, including signing a severance agreement or abandoning a position.