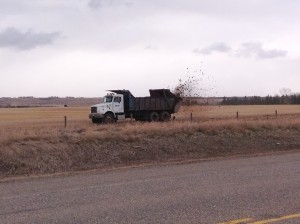 The reason employers often to try classify all the workers as independent contractors is because it is cheaper when you do not have a pay a worker overtime or give him or her any benefits.

Lets look a typical example. A worker is needed to shingle a roof, so a general contractor, or even a subcontractor, hires that worker to work on the project. The contractor agrees to pay $17 per hour and provides all of the tools and equipment necessary. If the worker works 70 hours in a week, the employer should be paying the worker overtime for 30 hours, but if he or she is an independent contractor, the employer doesn’t have to pay overtime.

Now, if this worker falls of the roof and becomes seriously injured on the job, the employer does not have to pay any money toward the worker’s medical bills, future healthcare costs, or anything else in many cases. The problem is that this employer is misclassifying his or her employee as an independent contractor, and this is not allowed under the California labor code. However, despite the law, employee misclassification happens all the time in Los Angeles and other parts of the state.

When the worker is injured and is told he or she is not getting workers’ compensation, they can go to an experienced Los Angeles employment attorney and fight to properly be classified as an employee to get workers’ compensation and back pay for overtime that should have paid for any hours over 40 worked in a week.

While it is obvious an injured or underpaid employee would be upset, according to a recent news article from Insurance Journal, the workers’ compensation insurance carriers are not happy about the misclassification either. The reason for this has to do with how the policies are sold. The employer does not write coverage on each individual employee, but rather they charge a rate based on how many employees work for the company and how dangerous the job is. Obviously, an ironworker has a more dangerous job than a florist, so the premium would be higher. If an employer misclassifies a lot of workers, the insurance company is not getting what they consider a high enough premium and is now conducting audits of employers. Annual employment audits on construction companies in California are finding upwards of 30 misclassifications of employees and independent contractors.

The reason many of these workers will take the jobs where they being misclassified is they need the work. Many of the companies are doing this, and there is often no choice for many construction laborers. Also, many construction workers are not fluent in English, and employers use the language barrier as means to take advantage of workers.