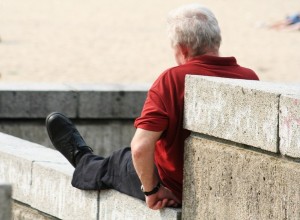 Age Discrimination in the Workplace is a Concern for Older Workers

People are living longer and the population is aging, which is creating a perfect storm when it comes to the problem of age discrimination. Many people in the older generation do not have the money to retire and live off their nest egg for decades. As a result, people are trying to work longer.

At the same time as increasing number of older workers are looking for jobs or hoping to keep jobs, employers are trying to cut costs. Employers want to hire younger people, who will work for less, rather than hiring or retaining older people with more experience who command higher salaries. Many employers also buy into stereotypes about older workers, including a belief older workers are not as productive or are not as familiar with technology as the new generation.

Although research shows job performance does not decrease with age, shaking this perception is a challenge. Stereotypes and misconceptions about older workers are particularly common in industries in which a value is placed on youth, technology, fashion, and advertising. While Hollywood actresses are bringing attention to the issue by pointing out the challenge in finding roles for mature women, the problem exists across a great number of industries like marketing and computer science. Many baby boomers are employed in these fields and wish to work past traditional retirement age, but are facing challenges in finding new employment and in keeping existing jobs.

AARP is aiming to provide more education to older workers about their rights, but many people are unaware of the full measure of legal protections in place designed to prevent discrimination. If workers do not come forward, report ageism, and take legal action, employers will continue to get away with the behavior and the aging population who wants or needs to continue working will face significant challenges in keeping their jobs or finding new work opportunities.