Tech giant Google is facing down the real possibility of a massive contractor misclassfication lawsuit that underscores just how pervasive this problem truly is.

Workers who are wrongful classified as contractors rather than employees are missing out on hundreds, thousands or even tens of thousands of dollars in wages and benefits, including overtime compensation, travel reimbursement, benefits like vacation time and sick leave and various kinds of insurance coverage. All the protections laid out in California’s wage and hour statutes – those only apply to employees. But of course – that’s exactly why it’s so pervasive, as it’s the company that classifies the workers – and many have long gotten away with it. 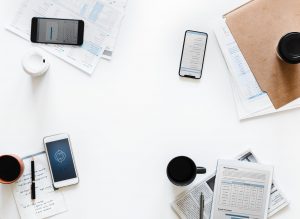 Google happens to be huge and high-profile, so the sheer volume of workers potentially involved is substantial. But Los Angeles employee misclassification lawyers know this problem is far from limited to large, international corporations. It’s true that industry giants like Microsoft, Lyft and Federal Express have had to pay huge compensation to misclassified workers over the years, but we’ve seen it too in mom-and-pop restaurants, manufacturing facilities, local car washes and retail operations.

If there is one good thing to come from the case, it’s that it will raise awareness of the issue. The Economic Policy Institute Estimates about one-fifth of all U.S. companies are currently misclassifying at least one worker.

According to Inc., workers labeled as contractors for Google (there are 121,000 total) submitted an open letter to the company CEO last month, demanding to be reclassified as employees, with all the benefits that entails.

The company classifies about more than half of its workforce as “TVCs,” short for temps, vendors and contractors. Meanwhile, the company employs more than 100,000 full-time workers globally.

Policy at Google has been to make this division clear among those who interact with each other, with different-colored badges and those identified as contractors barred from corporate meetings. The New York Times reported these TVC workers (which reporters referred to as a “shadow workforce”), are usually hired by a temp agency contracted with Google or Google outsources the work to third-party companies, who in turns are the employers.

Legally, those kind of practices do help shore up the argument that these are contractors not employees, but it might not be sufficient per other checklist factors. But California in particular has some stringent criteria (compared to other states for companies to prove why the worker is a contractor when that fact is disputed.

Contractor misclassification attorneys know that courts have held ambiguity on these matters should be decided in favor of workers, as that’s what in the best public interest. That said – it doesn’t mean these cases are easy.

Following a massive wage of contractor misclassification litigation in the 1990s and 2000s, the federal government agreed to relax some of the criteria companies must follow when classifying someone as a contractor versus an employee.

California took it other way, imposing more restrictive policies when it comes to deciding who is and who is not entitled to employee rights and benefits.

Just last year, a watershed case involving Dynamex resulted saw the California Supreme Court issue a new three-pronged test – ABC – for figuring out if a worker is really a contractor or in fact an employee. To be a contractor, workers must be:

All three of these criteria should be met if a worker is to be a contractor, and the company shoulder the proof burden.

The U.S. Court of Appeals for the Ninth Circuit held that decision can be applied retroactively in employment cases.

In Google’s case, the TVCs were were serving food, writing computer code, driving buses and testing product performance. It may be difficult for the company to sell those activities as “outside the usual.”

Google Is at Risk for a Massive Employment Lawsuit. Your Company Might Be Too, May 31, 2019, By Minda Zetlin, Inc.