While we can all hope that in 2017, in a state like California, we are beyond the days when workers have to worry about racial discrimination while working at a major corporation, if recent allegations are true, it seems there is still a long way to go until all workers get the respect and dignity they deserve. According to a recent news article from U.S. News & World Report, a former employee of a multinational tech firm that manufactures electric vehicles has alleged he was called the n-word while on the job.  He also alleged in his employment discrimination lawsuit that his place of employment was a “hotbed for racist behavior.” 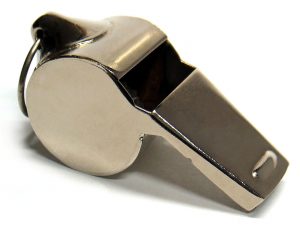 In this recently-filed complaint, the plaintiff has alleged while he was working on the assembly line, both supervisors and other workers repeatedly used racial slurs when speaking about him or to him, as well other black employees.  He said that he made a formal report to human resources, but there was never any investigation conducted or any further action taken.  He further alleged that he was told to have a thicker skin about the racial slurs.  He is not the only employee making these allegations since there was a complaint filed several months ago in which three black employees made similar allegations against the company. It should be noted that the company is defending this action and will not be found liable unless and until a judge or jury hears evidence and finds the defendant liable by a presumption of the evidence. A presumption of evidence, as our Los Angeles employment discrimination attorneys can explain, means that it must be established that a defendant is more likely than not to have acted negligently in connection with the alleged claims.

One of the primary claims in this type of litigation is employer discrimination based upon race. This is a clear violation of state and federal labor laws. However, there is also typically cause to include various other counts of negligence, in addition to claims of discrimination. It is negligent conduct for an employer to create or maintain a hostile work environment.  This means that if the company was properly supervising its employees, and knew or should have known that the alleged racial discrimination was occurring, it should have taken immediate action against offending actors.  This can include terminating employees, offering sensitivity training to all other employees or doing whatever is reasonable to make sure that this conduct does not continue.  It is often the case that a company cannot stop the first instance of conduct from occurring. Even so, it can certainly respond in a swift and appropriate manner.