Through 2013, total settlements and mediations for job discrimination added up to a record $372 million in monetary relief. 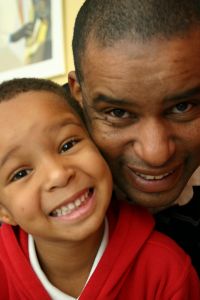 A consultation with an experienced Costa Mesa employment lawyer could help you decide if your employer has discriminated against you.

A new Equal Employment Opportunity Commission (EEOC) report indicates the total number of complaints filed with the EEOC has dropped from just over 99,000 to 93,727.

Although during the 2013 fiscal year the overall number of claims filed with the United States Equal Employment Opportunity Commission have fallen, they are still hover around record high numbers.

In addition to the almost record high number of complaints filed during the year 2013, the total amount of monetary relief exceeded $372 million which is an increase of approximately $7 million from fiscal year 2012.

During the first decade of this century United States workers filed an average of approximately 82,000 workplace discrimination complaints annually.

One of the reasons for the increase in monetary recovery is that the United States Equal Employment Opportunity Commission has effectively worked to target private organizations with systemic cultures of job discrimination.

The reduction in time has brought the total time for an investigation down 21 days – from 288 days to 267 days.

Employers are aware that it is illegal to discriminate against applicants and employees because of their disability, religion, sex, or age.

However, fewer employers seem to be aware that the same federal laws make retaliation against people for voicing complaints illegal.

In 2012, for the third year in a row, retaliation was most frequent form of discrimination claim filed with the United States Equal Employment Opportunity Commission.

The top forms of discrimination claims in FY 2012 include:

The categorical breakdown of discrimination complaints is not yet available for FY 2013 but one could expect similar results to FY 2012, albeit with a small decrease in total numbers.

The FY 2013 Statistics will be posted on the United States Equal Employment Opportunity Commission website when they are released.