A new bill called the Family and Medical Insurance Leave Act could have a huge impact on families by providing paid maternity leave to expecting mothers. 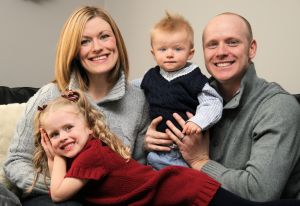 Our Family Medical Leave Act attorneys are excited about the prospect of the United States joining other industrialized countries in offering paid maternity leave.

The United States has been condemned for human rights violations for its failure in this area.

The Family and Medical Insurance Leave Act (popularly referred to as the Family Act), will provide a number of specific benefits including:

• Provide employees with partial income for up to 12 weeks when they take time off for serious health conditions they are experiencing, including pregnancy and childbirth recovery.
• Provide employees with partial income for up to 12 weeks for the serious health condition experienced by domestic partner, spouse, parent, or child. And the adoption or birth of a child.
• Workers would be eligible to earn 66 percent of their monthly income up to a capped amount.
• The Act would cover all companies and workers regardless of size. Even younger, lower-wage, part-time and contingent workers would be eligible for benefits.
• The Act designates that funding would be provided by very small employer and employee payroll contributions (approximately two-tenths of one percent).
• The Family Act would be administered by a newly created Office of Paid Family and Medical Leave which would operate under the social security Administration.

Proponents of the Family Act argue that it would provide benefits to workers, families, businesses and the United States Economy as a whole.

Paid leave would contribute to an improvement in child and newborn health because it allows new mothers to better initiate and continue breastfeeding as well as allow mothers to more easily get their newborn children to the doctor for immunizations and checkups.

In addition, Paid leave would allow adults who are injured or ill to receive the critical care they need to realize a complete recovery.

Businesses would benefit from the Family Act by spreading the cost of leave and reducing the burden on individual employers. This would have the effect of allowing many more employees to access paid leave.

When companies offer paid leave it often contributes to a reduction in turnover and an increase in employee loyalty and engagement.

This Act would encourage employees in California, where a family leave insurance program exists, to return to their jobs after utilizing the program.