Fair pay has been a long and hard fought battle, and it’s not over yet. For instance, the U.S. Department of Labor Women’s Bureau reported in 2015, the gender earnings ratio (women’s earnings as a percentage of men’s) for full-time, year-round workers was 79.6 percent (up from 60.2 percent in 1980). White, non-Hispanic women as well as Asian women out-earn Black and Hispanic women.

A bill recently introduced in the California State Senate, if 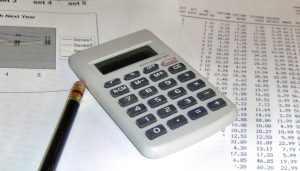 passed, will continue to push even further to equality. SB-1284 was recently introduced by Senator Hannah-Beth Jackson (D-Santa Barbara) with the intent of more closely monitoring pay data at companies with 100 or more employees, and theoretically keeping companies more accountable for disparate wages

The bill would establish an annual check-in in which California incorporated employers that fit the total employee requirements would submit a pay data report to the Department of Industrial Relations. The department operates within the Labor and Workforce Development Agency and is designed to “foster, promote, and develop the wage earners of California, to improve their working conditions, and to advance their opportunities for profitable employment.” The report submission period would happen every September beginning in 2019.Data collected in these reports would include number of employees, with designation by race, sex, and ethnicity. It would apply to jobs in the categories of executive or senior-level officials and managers, first or mid-level officials and managers, professionals, technicians, sales workers, administrative support workers, craft workers, operatives, laborers and helpers, and service workers. This, of course, is a substantial portion of the working population of California. The employer would have to provide the total earnings of each relevant employee for the previous 12 months as reported on their W-2s. These reports would then be available upon request to the Secretary of State, the Status of Women and Girls, and the Department of Fair Employment and Housing.

As our experienced Orange County sex and race discrimination lawyers can explain, this would go beyond the laws that protect employees who fall under a protected status. As it stands, under Title VII of the Civil Rights Act of 1964, it is prohibited for an employer to “discriminate against any individual with respect to his compensation” for not only a person’s race, color, or sex, but also his or her national origin or religion. This bill works closely alongside that law.  As such, there would not just be some vague idea about discrimination being illegal with the burden of proof falling on the accuser trying to make a claim that they are receiving unfair wages. Instead there would be real accountability, forcing companies to be transparent about their payment practices.

Our lawyers applaud this effort, though we are skeptical about enforcement. A proposed $500 civil penalty would be charged for each employer who does not complete the reporting process, hardly a deterrent for a place of business that could be making significant profits off of wage disparity among employees. Those penalties do, however, go into a fund designed to enforce wage differential laws, and it is our highest hope that anyone who would try to hide discrimination would be caught using funds they had to pay as a fine. That is why even if this bill becomes law, it is essential for brave workers to come forward to report discrimination happening in their place of work. With the help of trusted attorneys, like those at our firm, you can build a case and fight against systemic discrimination that is still far too prevalent in the workplace.