Orange County Employment Lawyers Blog
Overtime wages are required both under U.S. and California Labor Law. Exact rules may vary depending on the formatting of the worker’s schedule/industry, but for the most part, non-exempt employees over 18 (and those 16 and 17 not required by law to be in school) are to be capped at 8 hours daily/40 hours weekly. If there work hours exceed this amount, their employer is required to pay them time-and-a-half. Yet our Los Angeles employment attorneys see overtime violations time and again involving companies of all sizes in virtually every industry. 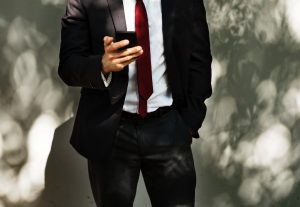 Recently, the U.S. District Court for the Northern District of California approved a $2.75 million settlement in a class action lawsuit filed by workers workers alleging their technology company employer shorted them anywhere from $250 to more than $53,000 each in overtime compensation.
Some 150 workers, all internal sales reps, cited alleged violations of the federal Fair Labor Standards Act (better known as FLSA) in their filing.

The company in question offers is a lucrative one contracted by firms around the globe to help with point-of-sale digital tracking services from inventory to sales to payroll.
Workers in call centers/working remotely were required to not only track down leads proffered by management, but to cold call potential customers.
Los Angeles wage and hour attorneys understand the overtime pay issue was muddied here because workers were classified as being exempt, meaning they were not allowed to collect overtime. Nonetheless, plaintiff alleged that for 3+years, he and his colleagues were given goals for sales that he alleged were in no way realistic in a standard workweek. He explained in court records he routinely spent at least an additional hours weekly in overtime every week – sometimes as many as 55 hours – and for none of it was he paid even minimum wage, let alone overtime.
With his co-workers, he said it was not uncommon for the entire staff to be working late nights and weekend hours, either at home or in the office. The hustle never seemed to end, he said. Managers routinely ordered food so workers could just keep working right on through their lunch breaks in order to meet the demanded sales quotas. (This also is a violation of federal and state wage-and-hour laws.)
When employees complaining, supervisors reportedly said they couldn’t collect overtime – or minimum wage for those hours – because they were exempted. The company failed to keep any logs of the hours that were actually being worked, plaintiff said.

Are Sales Workers Entitled to Overtime in California?

As a general rule under federal laws (FLSA specifically) mandates companies pay their workers one-and-a-half their normal rate for all hours worked in excess of 40 AND pay at least minimum wage for all those hours worked.

As our L.A. wage attorneys can explain, there are some various exceptions, and such workers in that case are referred to as exempt. The question for your private employment attorney and/or the EEOC will be whether one’s job duties (not title) fits the description of those exemptions.

Those who work in an office – and do not leave – in order to make sales over the phone (or mail or by internet) are typically covered by those overtime protections. However, employees that are regularly out-of-the-office, with more control of the conditions of their employment, usually don’t get overtime. As this case shows, though, it’s often worth raising the question with an attorney. Not all commissioned workers are automatically exempt.