Starting Jan. 1, 2020, workers will have three times as long to file claims alleging California employment discrimination, harassment and retaliation. Now, instead of just 1 year, complainants will have a full 3 years under the Fair Employment and Housing Act (FEHA). 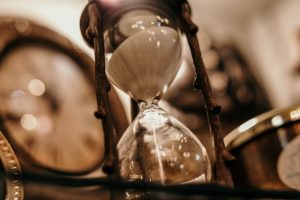 Orange County employment attorneys expect the impact to employers and employees alike to be substantial. The new statute of limitations, enacted in October as AB 9, establishes an amendment to Chapter 709, Sections 12960 and 12965 of California Code.

The measure comes after many years of plaintiff’s union and bar groups pushing for a longer statute of limitations on such claims. Previous efforts had been shunned by former Governor Jerry Brown, who insisted the one-year statute of limitations was necessary to encourage prompt reporting of labor law violations by employers. What ultimately led to change was the wave of the #MeToo movement, the goal being to allow victims of sexual harassment and assault more time to pursue such claims. However, the law is broadly applied to all forms of harassment, retaliation and discrimination.

How It Will Work

In order for an employee in California to file a lawsuit for any kind of harassment, discrimination or retaliation under the provisions of the state’s FEHA laws, the worker must first file the complaint with the department within a three-year window of the date of that violation. Only once the department has issued a “right to sue letter” can the individual proceed with their lawsuit.

Sometimes, the department will agree to issue a right to sue letter straight away. Other times, right to sue letters can be issued if the DFEHA itself decides not to pursue litigation. In the latter cases, the department needs to make a decision and notify the worker/plaintiff within 150 days of receiving that complaint. From that date, the employee has just one year to file their lawsuit.

What AB 9 did was give employee plaintiffs more time to file their initial claim.

Impact of AB 9 on Employment Lawsuits in California

AB 9 will be helpful for employees, who were constantly facing down tight deadline issues under the previous statute of limitations. The timeline extension is important for workers who have been harassed, bullied, traumatized and often forced out of gainful employment through no fault of their own. These stresses alone often made meeting those deadlines very difficult for some. Gathering the evidence necessary to file the initial claim takes time in and of itself. This will provide some relief to those workers.

On the other hand, this does not mean workers should believe they have all the time in the world. As our Los Angeles employment attorneys can explain, the reality is the longer you wait, the tougher it will be to gather pertinent evidence. Important witnesses could leave the company, move away or die. Memories fade after a time. Important records or video recording could be destroyed.

It’s important for workers who believe they are the subject of harassment, discrimination or retaliation on-the-job to document every encounter/shred of evidence they can think of, preferably while it’s ongoing and memories are fresh. Dates, names, places and exact words exchanged – these can be valuable if you ever decide to pursue litigation later.