Gender discrimination in the technology sector has long been a problem which female Californians have simply had to endure. The anti-diversity manifesto by a former Google engineer is just the latest in a long line of more subtle disparities in the treatment of women employed in the technology industry. Now, a proposed bill by California Senator Hannah-Beth Jackson aims to address sexual harassment in venture capital. 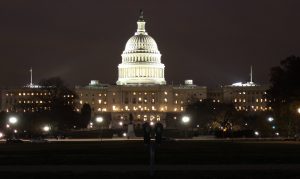 Forbes reports the bill would make an almost imperceptible change to California’s current sexual harassment statute. By adding a single word – “investor” – venture capital relationships would be added to the employment relationships which are protected from sexual harassment by the California Labor Code. Yet this single word could make a world of difference to the women who find it difficult to both access venture capital and maintain employment within the technology sector. For decades, the imbalance of power lead to “rampant harassment of women entrepreneurs”. It is only recently that media attention has shed light on the problem and inspired action on the issue.

Who is Leading the Fight – And Who Isn’t

It is interesting to note that it is female politicians who are demanding change on this issue. Male technology and venture capital executives seem largely unconcerned with this issue. One equal rights advocate told Wired that the technology sector claims to be lead innovation, while at the same time living in “the dark ages” when it comes to valuing female entrepreneurs and their abilities. Moral imperatives aside, it is the technology sector who has the most to lose by continued harassment of women. Legal liability, impaired public image, and other financial losses can devastate even the most well-established businesses.

Oddly, many venture capital firms have taken reactionary stances, but only with respect to their funds. USA Today reports that two partners at Binary Capital resigned, and a third offered to, after facing public allegations of sexual harassment. Binary’s partners then voted to shut down its latest $175 million fund. Two of Binary’s startups terminated their board relationships while a third attempted to buy back Binary’s investment in order to terminate its business relationship with the firm. While terminating business relationships with a troublesome firm is an important step, it does not entirely protect a business from liability. Nor does it address the underlying problem.

Wired reports on the many pledges, Tweets, and other public statements of tech and VC firms who have committed to make changes within the industry culture. Yet these supportive statements are very rarely combined with action. Silicon Valley has made no real measures of support for Senator Jackson’s amendment, and women still constitute a small fraction of the technology and venture capital work forces. Change, it would appear, is unlikely to come from the very people who need it most.

Venture capital firms can be exposed to liability for sexual harassment, even when dealing with someone who is not officially designated as an employee of the company. Consult with an experienced California employment lawyer if you have been the victim of gender discrimination.

California Wants to Crack Down on Sexual Harassment by Venture Capitalists, August 28, 2017 by Fortune.com