For a variety of reasons, American workers are not showing up in droves to pick crops.  As we have seen across the country, when trying to fill tens of thousands of harvest-related jobs, it is rare to see more than a small handful of Americans apply for these positions.  Even if American workers do sign up, most of them quit before the end of the harvest season.  This means workers who are brought to this country on agricultural visas do these jobs, or these jobs are the jobs that are done by undocumented workers. 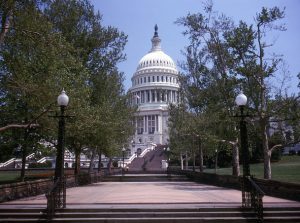 While the current presidential administration said it plans to stop these visa programs, despite the fact the Trump Organization personally uses these workers on its various properties, and the administration also continues to crack down on undocumented workers, this creates a serious problem.  Either these workers will continue to do the crop harvesting jobs, or the country will switch to importing all produce. According to a recent news article from CBS Local Sacramento, Senators Dianne Feinstein and Kamala Harris are pushing for a path to citizenship for these farm workers who are willing to do a job that most Americans are not. This bill is considered an immigration reform bill.

The bill aims to allow undocumented workers who are already in the U.S. to earn citizenship through continuing to work in these agricultural jobs. Pursuant to this bill, undocumented workers who are in the fields for at least 100 days each year would receive what is known as a blue card after a set number of years.  A blue card would allow workers to stay in the U.S. without fear of deportation and continue to work.  They would be able to get a Social Security card and be required to pay taxes.  After a certain number of years with a blue card, these workers would be able to apply for a green card that would make someone a lawful permanent resident.  This is a major step and would eventually allow the worker to apply for naturalization if they are here long enough and pass a citizenship test.

As our Los Angeles employment attorneys can explain, many employees who work in these jobs say having a way to gain a path to citizenship would of great benefit to them.  One problem many of these workers have is that some employers take advantage of them.  They are taken advantage of because of their national origin and because they do not always speak English.  Employers know that many undocumented workers will be too scared to come forward, and this is a serious problem.

Given the fact that Immigration and Customs Enforcement (ICE) personnel are conducting so many raids on immigrants and their families, courts in California are concerned people are even afraid to report crimes such as domestic violence related attacks.  They are actually seeing a reduction in the number of cases involving undocumented workers, because the people fear that if they go to court, ICE agents will be waiting for them.