Orange County gender discrimination lawyers represent women in all different professions who experience discriminatory behavior based on their sex. No professional, no matter how skilled or how far that person advances in a career, is safe from the devastating impact of unlawful discrimination. 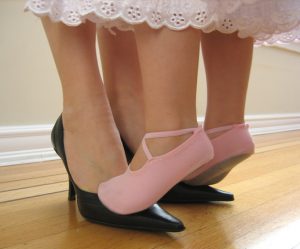 Discrimination Against Physicians Who are Mothers

The University of California San Francisco researches were prompted to conduct a study of discrimination against female physicians after reading conversations among women who are members of a Physicians Moms Group, according to CBS News. The group has almost 70,000 members and many of those members shared personal stories of how they had been treated unfairly. The researchers decided to develop a survey and ask the women in the group to participate in it.

The women who responded to the survey came from a wide variety of different medical specialties, including family medicine, dermatology, anesthesia, emergency medicine, gynecology, neurology, pediatrics, surgery, and more.  They also worked in a wide variety of different settings, including public hospitals, managed care organizations, academic medical centers, at VA facilities, and within the military. They reported all different types of disrespectful and discriminatory treatment, including not being consulted on administrative decisions, lacking respect from fellow staff members, and not being paid as much as male peers.

This data on gender discrimination against female doctors confirms prior research showing female doctors are less likely to be promoted than male physicians and tend to experience lower wages than male counterparts.

Women who took part in the survey were asked to weigh in on what they would most like to see changed in workplaces and increased flexibility was number one on the list for the majority of women. Equal pay came in at number two, and a longer period of maternity leave was third on the list. Many women also wanted on-site child care, the option to work part time, the option to say no to weekend work, and an increase in the number of sick days available to them.

When evaluating the data, the authors of the study included an important recommendation: “To promote gender equity and keep high-quality doctors, employers need to create new policies and support physicians who are moms, the authors said.” Unfortunately, it is unlikely broad changes to better support women doctors will occur soon, and women physicians are unfortunately likely to continue experiencing discriminatory behavior at work. If the behavior crosses the line into unlawful because promotions or opportunities are being denied or the work environment is hostile, getting legal help will become very important.