Public employee pensions are directly affected by the Contract Clause of the Constitution. 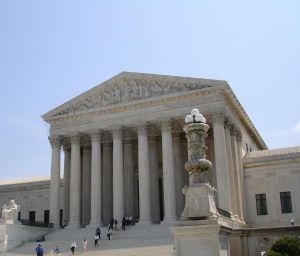 The Contracts Clause prevents the government from passing a law that would impair the obligation of contracts.

A consultation with an experienced Costa Mesa employment lawyer can help you decide if your employment contract has been impaired.

The Contracts Clause has been interpreted to mean that an employee’s pension cannot be reduced by subsequent changes in the law. This type of protection is echoed in various state constitutions as well. However, California has taken a different approach.

Under what is known as the California Rule, employees are seemingly entitled to even better protections than those of the Contracts Clause.

The California Rule mandate that any negative changes to the pension plan of an employee must be accompanied by comparable positive adjustments for the employee.

Protecting the pensions of government workers into the future is an important aim and is certainly well meaning but it has some unintended consequences.

For example, if there is a shortage of money in the budget some employees may prefer to lose some pension benefits as opposed to having current salaries slashed or losing cost-of-living increases.

However, the California Rule mandates what will happen in this scenario. Since a pension benefit cannot be reduced to in any way current employee salaries become the target.

This creates an environment where pensions are given a special treatment in an unrealistic manner and distorts the balance of negotiation that may otherwise take place.

Ordinarily through either employee risk preferences, collective bargaining, and tax policy a plan may be developed that does affect future pension, even in a negative way that is beneficial to the employee.

There are a number of possible solutions for the current California Rule:

• Shifting toward a type of defined-contribution plan – This is an investment account that earns based on contributions made to it. They are somewhat riskier than defined benefit plans so an employee may need to be compensated in other ways for this type of shift.
• Flexible benefits definition – In order to make the pension more flexible, one could expressly reserve the right for employee contributions to be changed, perhaps based on continuing advice from an actuary.
• Short-term contracts – It is possible that providing benefits via short-term contracts as opposed to statutes would reserve the right of the government to modify the plans prospectively.
• Alter the state constitution with an amendment. This may not have an effect on past employee pensions.
• Changing case law – easier said than done, this would be a long-term evolution.
• Privatization – This is a way to alleviate the problem but it would not be a structural solution. This would mean hiring back state employees as contractors and letting their pensions be controlled by the private contractors they work for instead of the state government.