Discrimination can take many forms—in employment and hiring, housing, or in day-to-day business interactions. While some forms, including employment discrimination, are illegal, other forms are commonplace and may not be chargeable under state or federal law. Not only does discrimination put individuals at a disadvantage, but new research shows that it also can create significant health problems for those who are targets. According to a Reuters report, one in five older Chinese Americans in Chicago has experienced discrimination. The stresses has compounded into negative health consequences, according to a new study. 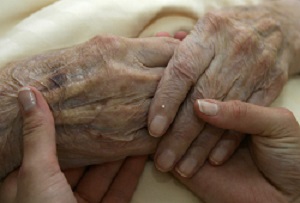 One of the reasons that Chinese Americans suffer so deeply is that they have a cultural preference for tolerance. Rather than standing up for themselves and fighting back against discrimination, they may prefer compliance. According to researchers, failing to take action, or enduring ongoing discrimination can impact self-esteem, increase psychological distress, and lead to social isolation. In time, this can lead to health risks and lower health status. A professor at Rush University Medical Center and the director of the study points out that many older U.S. Chinese Americans still suffer from considerable discrimination and respond passively.

To come to these results, researchers analyzed data from 3,159 Chinese adults over the age of 60. The participants reported their experiences of discrimination—defined as times when they were prevented from doing something or meant to feel inferior because of race. The individuals interviewed described both the instances of discrimination, as well as their personal response to the incident. According to data, 21 percent of respondents experienced racial discrimination. Eight percent suffered discrimination in the workplace and the most common form, happened in public. Those with a higher socioeconomic status and in poorer health were more likely to have suffered from some form of discrimination.

According to the study 75% of the participants said that they accepted unfair treatment as a fact of life and half of the participants kept instances of discrimination to themselves. If you have suffered from discrimination, you don’t need to suffer alone. Our Orange County employment attorneys are committed to investigating discrimination cases and can protect your rights. We will take legal action against any employer that has violated your civil rights. While older Chinese Americans were less likely to take action, studies on white and black adults who suffer from discrimination, were more likely to speak up and take action after suffering from unfair treatment. As this study highlights, failing to take action and suffering abuse or discrimination quietly could have deleterious effects on your health.