Recent tragedies in Paris and San Bernardino have given rise to concerns about a backlash against those who are perceived to be Muslim or about those who are perceived to be Middle Eastern. The Equal Opportunity Employment Commission has spoken out and released a statement remind employers and employees to be especially aware of potential illegal discriminatory behavior against vulnerable communities. 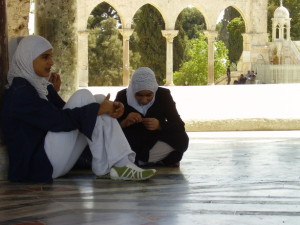 Employers must be aware of their obligations, not only to avoid discriminating in hiring, firing, promotions, and other terms and conditions of employment but also to make sure that workplaces do not become hostile environments for people who are perceived as Muslims. EEOC’s statement urges employees who have experienced discrimination to report the behavior both to the appropriate officials within their workplaces as well as to report the discriminatory behavior to the Equal Opportunity Employment Commission.

According to National Law Review, EEOC commended companies which have already taken steps to either issue policies related to harassment and discrimination, or who have taken steps to re-issue these policies. For companies who do not yet have official policies in place, EEOC has provided resources to help prevent religious discrimination against those perceived as Muslim or Middle Eastern.

One such resource is a question-and-answer document to help employers understand their responsibilities to make religious accommodations and to prevent harassment in the workplace. This resource reminds employers:

Employers must be aware of their obligations to make reasonable accommodations, to protect Muslim workers from harassment by co-workers, and to avoid illegally discriminating against people perceived as Muslim or Middle Eastern. Vigilance in avoiding illegal harassment is more important than ever in light of rising hostilities.