Employers sometimes favor younger workers for a variety of reasons. Often an older, more experienced worker can cost a company more money and there may be a perception that an older work is out of touch with technology. A recent age discrimination lawsuit resulted in a recovery of almost $3.5 million after a trial in federal court. 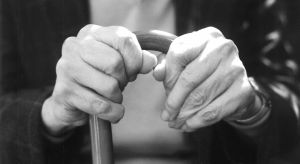 A California age discrimination lawsuit can be filed with the help of an experienced employment law attorney.

The suit has been in various courts since 2009 and was seen as a battle between David and Goliath as the plaintiff’s attorney did battle with a large company’s legal department. A pre-trial motion was filed that pointed to an internal investigation by the company that drew the attention of employment attorneys nationwide.

The judge stated that an employer should always be interested in discovering whether discrimination is present in the workplace.

Experts advise company’s to complete internal investigations regardless of the outcome because courts want to see an unbiased effort to uncover the truth within the organization.

The individual involved in this case had been an employee for over four decades and had received numerous promotions throughout that time.

His performance reviews always reflected positive performance. His career was moving along nicely until his then supervisor retired in 2007. At that point, the 59-year-old employee, was called into his new supervisor’s office and asked if he would like to retire – he responded that he would not.

The next day the supervisor sent an email to the human resources department and informed them that she would like to replace the employee and that he had agreed to such an arrangement.

Although the first mention of retirement was seen as a bit odd, the worker was approached about retirement two additional times. Finally, he was given a position which required working seven days a week  – the plaintiff claimed this was done in an effort to force the employee to quit.

After a two-week trial with over 14 witnesses the jury awarded $1.3 million in lost benefits and wages. The employee will also be entitled to recover attorney’s fees and other costs and about $500,000 for emotional distress.