The individuals who say there is not discrimination against gay employees should look no further than the recent announcement made by a college football player heading to the NFL. 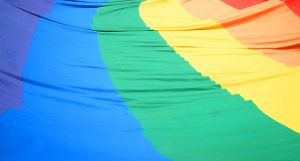 There has been a recent push for Congress to create a federal statute that outlaws discrimination based on sexual orientation but Congress has failed to pass the necessary legislation.

Although it is encouraging that the league is willing to take a progressive stance on this issue, there are many who believe NFL teams will not be so forward thinking.

In fact, in a recent Sports Illustrate Article many league officials (speaking anonymously of course) stated that they do not believe the National Football League is ready for an openly gay player.

The league official went on to say that it’s a “chemical imbalance” to have an openly gay player in the locker room.

A National Football League assistant coach stated that the decision to announce his sexuality publicly will affect the football player’s potential earnings and draft position.

The point here is that regardless of the players skill some NFL executives are admitting that the former SEC Defensive Player of the Year will be punished for announcing his sexual orientation.

The issue that many forget is that NFL players are employees. It’s not a stretch, it’s not a creative argument but a fact. The law views players as employees under contract and as a result they are protected by employment discrimination laws.

Unfortunately, since there is no federal law regarding employment discrimination based on sexual orientation the NFL officials who are anonymously speaking out are not causing a legal stir. Imagine if the same things were being said but about race?

Since there are federal laws that protect employees from discrimination on the basis of race, the outcry would be much greater.

Imagine if an individual at the company where you work stated that anyone who is “openly of a particular race will make less money, regardless of skill”. That statement is the essence of employment discrimination.

LGBT advocates and others continue to hope that occurrences such as this announcement and the response to it will open the eyes of federal legislators and encourage change.