Employees are often placed at a disadvantage in workplace litigation due to the superior bargaining power of their employers. Thus, when an employer violates workplace laws, a common strategy for plaintiffs is to gather together a group of employees who have suffered from the same violation in order to file a class action lawsuit. By forming a group, the plaintiffs increase their financial power in litigation, as well as their bargaining power during settlement negotiations. 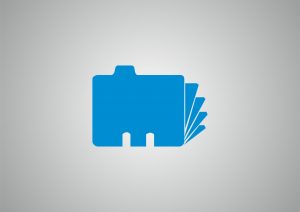 A new case decided by the California Supreme Court on July 13, 2017 makes it easier for plaintiffs to find other employees who may have been impacted by workplace violations. In a rare unanimous decision, the Court determined that a plaintiff does not need to show that his or her case has merit before gaining access to the employer’s records for employee contact information. Instead, this information must be provided at the onset of litigation, before the court either makes a determination of merit, or certifies a class of plaintiffs (which must occur before class action litigation can proceed).

JD Supra reports that the decision made only two small concessions to employee privacy concerns. First, the Court ratified a rule of case law which allows employers to notify affected employees about the potential release of their information and opt out of having their information released. Second, the Court also endorsed a prohibition against employee contact information being disclosed outside of the confines of a specific lawsuit.

The negotiation of legal claims for workplace violations is often imbalanced in favor of the employer. This is because employers have greater resources, access to legal advice, and bargaining power than employees. A class of employees can combat this advantage by banding together to increase their bargaining power. This is what happened for a group of Uber drivers who brought a case against the rideshare giant for violations of the federal Fair Labor Standards Act. The Federal District Court for the Middle District of North Carolina gave conditional certification to a class of drivers who had opted out of arbitrating contractual disputes with Uber. This enabled the named plaintiffs to seek out an additional eighteen thousand drivers across the United States who also opted out of the arbitration process. The New York Times reports that Uber will work hard to decertify the class later in the litigation process. Perhaps more than anything, Uber’s resistance to the class certification order demonstrates exactly how powerful a class action lawsuit can be in litigation against an employer.

With new laws for expanded discovery, employees are better able to connect with other employees who have suffered from an employer’s illegal activities. This can make it easier to create a class action lawsuit and access larger awards for victimized plaintiffs. Meanwhile, employers will face greater challenges in opposing class certifications. Both employees and employers can benefit from the legal expertise of an experienced employment law attorney in class action litigation.