When an employee makes a claim of harassment, the employer has an obligation to take action. Employers may become liable for the creation of a hostile work environment if the company does not have a mechanism in place for reporting problems and does not take allegations seriously. There is ample legal history demonstrating an employer’s failure to move forward with investigating claims of harassment can result in significant legal liability when employees are victimized. 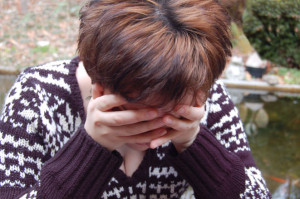 One recent case out of a federal district court in Illinois, demonstrates just how important it is for employers to be serious about taking prompt action quickly after discrimination or harassment claims are made. While decisions made by Illinois district courts are not binding within California, California and federal laws apply to require prompt actions from companies within the state as well. This means California employers could be just as vulnerable to litigation and could face similar outcomes when they don’t take complaints seriously.

The case filed in federal district court was based on two separate instances in which an employee was allegedly harassed and made reports of the behavior.

The female employee made an internal complaint in March of 2011 about the workplace harassment she was allegedly experiencing at the hands of her co-worker. She did not complain about the harassment at the hands of her supervisor at this time. The supervisor who she complained to suggested that she fill out a form and turn it in, either to him or to a higher level supervisor. However, he said she should “think about” whether she actually wanted to make the complaint because the employee who she was making allegations against would lose his job and he had a wife and three children. The supervisor talked to the male employee informally, asked him to stay away from the female employee, and did nothing further. He did not check to see if the female worker making the allegations had turned in the form and he did not report the complaint to HR or to a higher level manager.

The female employee didn’t pursue the complaint further at the time of her initial discussion with the supervisor, but did complain again in April of 2011 to a different higher-up supervisor. She complained both about the coworker who she had initially alleged was harassing her and about harassment from the supervisor she had originally complained to.

The employer acted immediately this time, removing the female employee from the area where she worked and launching an HR investigation (which subsequently found no evidence to substantiate the allegations).

When she sued for harassment, the court would not dismiss the case arising from her first complaint because the company was negligent in failing to promptly respond. However, the second complaint was dismissed due to the employer’s immediate and prompt response. The employer couldn’t be held responsible because it had done the right thing the second time, but the delay in responding could lead to civil liability. Employers need to take heed of the outcome here and ensure they always act right away when harassment is alleged.