One of the most important duties an employer has to workers is to make sure an environment is kept safe so the risk of workplace injuries is reduced. Occupational Safety and Health Act (OSHA) sets minimum standards for workplace safety, and has a general duty clause to cover situations where there is no specific rule but where an employer still has an obligation to protect against hazards. Employers who do not follow OSHA rules can be cited and fined by the Occupational Safety and Health Administration (OSHA). However, OSHA penalties have generally been too low and have not served as an effective deterrent to protect workers. 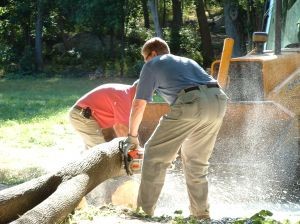 OSHA penalties are going to go up in 2016, and employers must be aware of the rise and ensure they are taking all affirmative steps necessary to get into compliance with workplace safety rules. Employers should always be following regulations designed to protect staff members, but will now have new incentive to do so as a result of the risk of much higher costs of violations.

Fines for noncompliance with OSHA requirements have not been updated since 1990. This year, however, the Bipartisan Budget Act of 2015 finally updated the penalties imposed upon employers for worksite safety violations. The Bipartisan Budget Act of 2015 was signed into law in November of 2015 by President Barack Obama, with Section 701 permitting OSHA to increase its penalties both in a one time catch-up adjustment and annually thereafter based on changes to the Consumer Price Index.

The one-time catch up adjustment amount is also calculated based on the Consumer Price Index (CPI) and measures the inflation which has occurred between 1990 and 2015. Because CPI has shown around an 80 percent increase in consumer prices, the catch-up adjustment is expected to result in significantly larger fines and penalties. For example:

With these higher fines, employers should now have even more incentive to make sure their worksites are safe for staff. Employees also need to know their rights when it comes to workplace safety and can take action for wrongful termination if they are fired for retaliation for reporting violations.