According to a report on Wall Street Journal’s website, Employers are using information they find about job applicants online to make discriminatory hiring decisions under the radar. 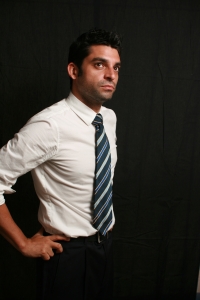 It is well known that employers are using social media to screen applicants. Employers may view Facebook pages or other social media interaction for a variety of reasons.

However, a study conducted by Carnegie Mellon University reveals that anywhere from 10% to one-third of United States employers searched social networks for job applicants.

In addition, candidates who’s Facebook pages indicate they were Muslim were decidedly less likely to receive a call for an interview than applicants who identified themselves as Christian on their Facebook profile.

The problem with social media discrimination is that it can be extremely difficult to determine if illegal discrimination was a part of the hiring decision.

Social media profiles are really contributing to very fundamental forms of discrimination which have been unlawful for many years. Companies know not to ask direct questions about religion and sexual orientation but they may be able to obtain the same information from online profiles and discriminate “under the radar.”

In an already very difficult job market discriminatory practices by employers can have dramatic effect on job seekers ability to acquire employment. The study is not really an indication of problems with Facebook but shows that employers are abusing the information at their disposal in a discriminatory fashion.

In truth, employers are not allowed to take religion, sexual orientation and many other factors into account during their hiring decisions but social media allows somewhat underhanded access to this information and can promote illegal discrimination.
Under Federal and California Law it is illegal to discriminate against an employee at any point of the employment relationship including: Pay or disability, promotion, compensation, hiring, and firing.

Attorneys at NASSIRI LAW GROUP are dedicated to defending employment rights and we represent employees throughout Southern California.