It’s been two decades since lawmakers passed legislation that would protect employees who were coping with a serious illness or family adjustment, either personally or in their immediate family. 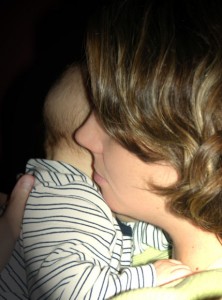 Today, our employment lawyers in California understand the law, the Family and Medical Leave Act, better known as FMLA,  is continuing to evolve.

The way the law is currently written, workers at companies with more than 50 employees are entitled to receive up to 12 work weeks of leave off in a period of 12 months for one of the following reasons:

Immediate relatives of active-duty service member suffering from a serious injury or illness may be eligible to receive up to 26 weeks off work.

All of this provides an essential protection for workers (and their families) who otherwise might be forced to sacrifice their jobs to look after their own health or that of their families.

However, the one glaring problem with FMLA is that the leave offered is not paid. Workers may be able to cushion the financial blow through short-term disability offered through their insurance plan. However, not everyone has that benefit. (Even if they do have the benefit, qualifying for it is often a separate struggle entirely.)

Now, U.S. Sen. Kirsten Gillibrand (D-NY) has pledged the proposal of a measure that would allow for a paid-leave component of the law. It would be one part of her “American Opportunity Agenda” initiative. She says such a measure is ever more critical, considering that women are the primary wage earners in some 40 percent of families with children under the age of 18. Even so, in more cases than not, it is the women who leave the workforce for certain stretches in order to care for ailing relatives or new children.

The National Partnership for Women and Families estimates that since the measure was enacted in 1993, roughly 100 million people have participated. The defense authorization for allowing 26 weeks to the family members of injured or ill service members was tacked on three years ago. Also, the definition of a “dependent child” was altered earlier this year by the U.S. Labor Department to allow for parents of children who had suffered a disabling illness after they had surpassed the age of 18.

In addition to the no-pay aspect, what many employment advocates say is missing is an element that would cover workers employed at smaller firms.

Other elements of Gillibrand’s proposed measure include raising the federal minimum wage to more than $10 hourly, as well as requirements for universal prekindergarten and a federal child care tax credit.

Democrats within Congress have tried repeatedly to expand FMLA to allow paid leave, but so far, have not had much success.

Female senators from both parties have rallied to back the measure, which would also include a medical insurance component that would fund those paid leaves by initiating a payroll tax that would establish trust funds. This would ensure that the national deficit would not be impacted.

It’s a proposal we will certainly continue to carefully watch.