It’s been more than a decade since FedEx was first accused of driver misclassification by drivers for the company. The cases quickly began to pile up – ultimately some 12,000 from 20 states. 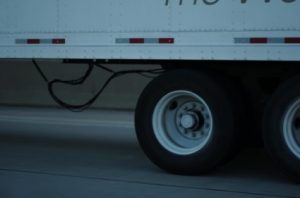 As the multi-district litigation was combined into one action that crawled forward, a whole new generation of employee misclassification lawsuits were filed against other companies.

It’s only now, in 2016, that the company is proposing a settlement with drivers whom it formerly called independent contractors. The allegation has long been that the company hired them to work as “independent contractors.” They were paid as such, but they weren’t treated as such. In considering whether the classification was proper, courts were analyzing the level of control the company had over the workers, including facts like:

Of course, there are many benefits to a company when workers are employed as independent contractors. Payroll is a lot simpler. Companies don’t have to pay certain taxes or purchase workers’ compensation insurance. They don’t have to pay for employee health insurance or retirement. There is also no requirement for specific expense reimbursement, such as mileage, unless it’s spelled out in the initial employment contract.

That can be fine for some workers who are free to pick and choose the jobs they want and move fluidly between employers. But that wasn’t the case here. Workers were bound by all the regular trappings of employment, but were receiving none of the benefits.

Now, the company – the No. 2 parcel delivery service in the U.S. – has agreed to settle those pending lawsuits for more than $240 million. If the settlement is approved, it would be divvied up among those all those drivers, which will mean tens of thousands of dollars for each. This will reportedly be paid as compensation for lost overtime, mileage expenses and other benefits they missed out on.

The deal is still subject to the approval of a federal judge.

Plaintiff attorneys have said that if the litigation were to continue beyond this point, a resolution could still be several more years off.

FedEx was one of the first large employers to face allegations of worker misclassification, but it’s hardly been the last. In fact, employee misclassification lawsuits have been on the rise in recent years. Reuters reports there have been a number of high-profile cases, including those filed by nail salon workers, exotic dancers and drivers for ride-sharing services like Lyft and Uber.

Earlier this year, Uber settled 385,000 employee misclassification lawsuits filed by workers in Massachusetts. Ultimately, the company agreed to pay $100 million. A similar settlement for Lyft was for $27 million.

The case against FedEx, In re FedEx Ground Package System Inc Employment Practices Litigation, the matter is awaiting final approval by a federal judge in Indiana.