Los Angeles pregnancy discrimination is nothing new, it is nonetheless unsettling to learn of its continued occurrence. A recent case that has garnered attention from Forbes Magazine involves The Wonderful Company, owned by a 75-year-old self-made billionaire who also happens to be a woman. According to Forbes’ exclusive report, the company – built from the ground up by a woman who started as a single mother struggling to launch her own advertising company in the 1970s – is now a thriving business with products like bottled water, juice, oranges and nuts, valued at more than $4.2 million. Now, the company is reportedly facing a pregnancy discrimination lawsuit, currently in the process of arbitration. The California wrongful termination claim comes just a few years after the same company settled a similar lawsuit five years ago. The company denies the claim. Four other employees who have not sued told Forbes the company fostered a culture hostile to employees who were pregnant and/ or parents. 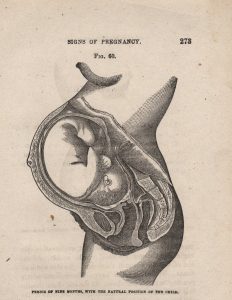 Plaintiff, a former marketing director who spoke to the media outlet prior to the start of arbitration, alleged she was fired two years ago while she was on maternity leave with her newborn. She had intended to take 16 weeks off from work, as allowable under the California Family Rights Act. Federal law – specifically, the Family Medical Leave Act – allows for up to 12 weeks of unpaid leave (16 if a physician confirms a mother is temporarily disabled), though state law grants more. However, she alleges she was terminated 12 weeks to the day she began her pregnancy leave.

Claimant says despite excellent prior performance reviews, her bosses began to heavily scrutinize her past work while she was on leave. She also indicated that when she was up for a promotion the year before, her supervisor flat-out asked if she was pregnant – a question that is unlawful per both state and federal statutes. She said she began to fear for her future at the company as her leave date approached, saying she’d seen it occur to other employees. The company denies the claims, but the outcome of arbitration (required by the worker’s employment contract) likely will not be disclosed either way. Employment attorneys say the case appears to involve the kind of open pregnancy discrimination women faced in the 1990s, before such legal protections were firmly in place.

What Are A Pregnant Employee’s Rights and Obligations in California?

Per Cal. Code Regs., tit. 2, section 11050(a)-(b), employees should give their employer as much notice as possible regarding pregnancy disability leave.

State law protects employees against harassment or discrimination due to an employee’s pregnancy, childbirth or related condition. Employers have an obligation to:

If you are concerned you have been discriminated against because of your pregnancy, contact an experienced Los Angeles pregnancy discrimination lawyer promptly.

The Wonderful Company, Co-Owned By One Of America’s Richest Self-Made Women, Is Accused Of Pregnancy Discrimination, Nov. 18, 2018, By Chloe Sorvino, Forbes Magazine