In what is believed to be the highest damage award ever in a California employment lawsuit, a billionaire defendant/Hollywood executive/hologram entrepreneur/heir to Coca-Cola to pay a former employee $50 million in damages after jurors found him liable for battery, sexual battery and sexual harassment. 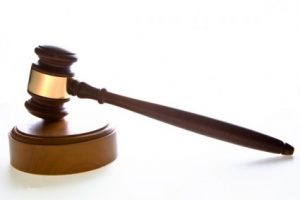 The ruling is the third verdict this year in which the defendant, Alki David, has been accused of repeated acts of sexual harassment and sexual violence against former employees. Two other cases are pending.

The Los Angeles Times reported that the latest verdict brings the total amount of compensation David must pay to previous employees to $74 million. In the most recent case, plaintiff was a production assistant who worked for defendant. He reportedly thrust his pelvis into her face, simulated oral sex, moaned and then zipped up his pants before thanking her as he walked away.

In another case, a Los Angeles Superior Court jury heard evidence that David groped plaintiff, made lewd comments to and around her and running his hands up her legs. He also allegedly terminated her employment when she refused to have sex with him. At one point during the trial, David reportedly got down on his knees and handed plaintiff’s employment attorney his wallet. He was ejected from court, and his outburst cost him more than $10,000 in court fines. Social media posts were a topic of heated controversy in the case, with defense lawyers arguing plaintiff’s photographs that showed her smiling, taking trips, posing with celebrities and leasing a sports car belied her assertion that she suffered PTSD as a result of the sexual harassment she suffered at work. Plaintiff’s employment attorney noted that people with PTSD still work, go on trips, see their friends and smile; none of that negates the anxiety, stress and insomnia from which they suffer. They won their case, the attorney said, because jurors determined defendant sexually assaulted the plaintiff employee on three separate occasions, creating a hostile work environment that the company failed to address.

Last year, another Los Angeles jury awarded a comedy writer at one of David’s company’s more than $5 million in compensatory and punitive damages. Evidence presented in that case showed defendant put his hands on plaintiff’s throat, pushed her chair into a wall, resulting in her banging her head. He also reportedly told her at one point that he needed various supplies for a “rape room.”

Another case a month before that one ended in mistrial, but was later settled out-of-court.

In a statement released by David following the $50 million verdict, he said the trial underscores a “state of emergency” for employment law, business and innovation in California. He denied ever touching this plaintiff or any of his employees and blamed plaintiff’s attorneys for scheming against him to win big contingency fees and garner headlines.

But from the perspective of one 90-year-old juror who listened to evidence in the most recent sexual harassment lawsuit day in and out over the course of the two week trial, David’s actions were “grotesque.” The jurors in deciding the amount of damages to be awarded concluded that “He was a force that could not be contained unless there was a major penalty to pay.”