In most states, at certain jobs, your employer will ask you to sign what is known as a non-compete clause.  This means that if you leave the job for nearly any reason, you will not be able to work in the same industry.  There is normally a geographical limit on where you may not compete, though in some industries, a geographical limit would not make any sense.  You are generally not required to sign a non-compete agreement, but the employer has a right to not hire you if you refuse to do so. 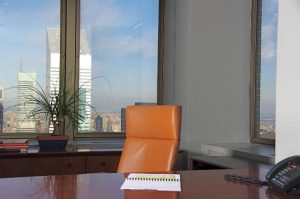 While this is true nationally, there is a ban on non-compete clauses in the state of California.  In other words, even if you are asked to sign one, it will not be enforced in a California court.  However, despite the ban on non-compete clauses in our state, many employers will still require employees to sign them. They will also try to word them in terms that they believe will be enforceable in a court of law. Our Los Angeles employment attorneys have seen where employers have tried to contract around the prohibition on these non-compete clauses. They had called them voluntary non-compete clauses, or claim that these clauses where supported by consideration. With respect to consideration, this is what is known as a term of art of contract law.  Under the Second Restatement of Contracts, a contract is a promise or set of promises that the law will enforce.  A contract also requires what is known as a bargained-for exchange.

Essentially, this means that in order to have a valid contract, both parties must have to do something (or not do something) they are not already legally obligated to do.  For example, if one party agrees to paint a garage, and the other party agrees to pay the painter, then that is a bargained-for exchange. The consideration in this case is money and the agreement paint.

In an employment contract, there is already adequate consideration for the non-compete clause, but the state supreme court has determined these clauses are void for reasons they are against public policy.

According to a recent news article from the National Law Review, the District Court for the Eastern District of California found a situation where an employee may be subject to a non-compete clause despite the state ban on these clauses. In this case, the employment agreement had a non-compete clause and it also had a choice of law provision that required Indiana state law to be used for all substantive decisions.

The employer filed a breach of employment case in a state court in Indiana, and the employee filed a claim in the state court of California.  That case was later removed to federal court.  The judge found that plaintiff had the means to fight the case in the Indiana state court and refused to determine the contract was void via a declaratory judgment.

One thing to keep in mind is that it can be very confusing when you look at an employment contract. They are nearly always written by the employer and will be designed to favor the employer.  For that reason, you want to contact and experienced employment lawyer prior to signing any agreement.