Roscoe’s Chicken N’ Waffles is a more than just a restaurant. It has become an institution in the City of Los Angeles and is frequented by celebrities ranging from Larry King to Snoop Dogg, as well as droves of tourists who come to the establishment after reading about it in travel guidebooks. 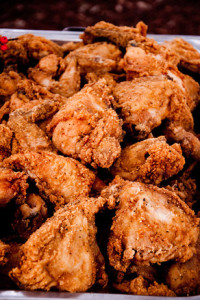 However, to one former employee, it was a place of discrimination, according to a recent news article from CBS Los Angeles. The former employee is African American, and the famous soul food restaurant is an African American owned business, but plaintiff claimed the owners discriminated against him based upon his race. He claimed the owner give full authority to the Hispanic employees and allowed them to run the place, discriminating against the black workers.

At trial, plaintiff argued the Hispanic managers gave favorable treatment to Hispanic workers, which also included better schedules. Plaintiff, who is from Compton, first tried to speak with someone in human resources for the company, but they allegedly did not do anything to fix the situation. Instead, he claims, he was fired in retaliation for complaining about the unfair treatment.

As our Los Angeles employment discrimination attorneys can explain, not only is it in violation of the California labor code to discriminate based upon race, but is also a violation to wrongfully terminate someone in retaliation for making a grievance.

Plaintiff then claimed he lost his home as a result of losing his job and ended up homeless. This case went to trial, and the jury awarded plaintiff $1.6 million on his claims of racial discrimination and wrongful termination. One of the things his attorney wanted people to understand is that racism and racial discrimination in the employment setting can happen anywhere – “even in black-owned businesses.”

However, it should be noted that every case is different, as the facts are never exactly the same, and you should speak with an experienced employment discrimination lawyer about the facts of your particular situation.

Another interesting aspect of this case deals with whether an employer was put on notice of the alleged problem. If an employee makes a complaint, and the employer is aware of the problem and takes no action, this can be used to support a claim for a violation of employment regulations.   This notice can also be used as the basis for a wrongful termination cause of action.