Wal-Mart has been sued multiple times over the years by employees alleging discrimination. As National Organization for Women explains, female workers are routinely paid less than male workers at Wal-Mart, with women in 2001 making as much as $5,200 less per year on average as compared with male workers. The history of discrimination led to the “largest class action gender discrimination lawsuit in U.S. history.” 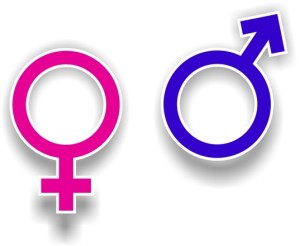 With this history of legal trouble related to discriminatory actions, it should come as no surprise that Sam’s Club– which is a division of Wal-Mart– would be in trouble again for making statements considered discriminatory. What is surprising, however, is that this time the allegation is being made that the CEO is prejudiced not against women or minorities but against white men.

A statement made by the CEO of Sam’s Club has sparked arguments across the Internet and in print, and has prompted some to organize a boycott of the store because of comments that some view as discriminatory.

As the Washington Post reports, the CEO of Sam’s Club was asked about diversity in an interview with CNN. The CEO is the first woman and the first African American to run a division of Wal-Mart stores. She was asked in the interview about how she was helping to improve opportunities for other women like her to reach the top tier of corporate America.

Her response to the question was to cite the diversity of her executive team, to indicate that she demands diversity and makes it a priority, and to report on how she nudges suppliers and partners to also prioritize diversity. She said she tries to act as a mentor to women, and that she tries to use her platform to increase attention to the importance of a diverse workforce.

The controversy, however, arose out of another comment she made about a meeting she had with a supplier. The supplier had sent all Caucasian males to meet with her, and she also found there were no females in the top levels of the organization. She decided that she would place a call to the company to discuss the lack of diversity.

The president and CEO of Wal-Mart stood behind the Sam’s Club CEO amidst the controversy, indicating that she was simply reiterating the importance of a diverse workforce and following the company policy of asking suppliers to prioritize talent and diversity of sales teams. Many others also supported the statements and indicated they found nothing racist or sexist about the CEO’s actions.

The controversy illustrates how difficult it can sometimes be to determine if employment discrimination is occurring or if a company is behaving properly to promote a diverse workforce. If you believe you may have been discriminated against on the basis of your gender, race, or other protected status, it is important to get legal advice from a knowledgeable legal professional who knows the law.