Temperatures in cities throughout Southern California soar well into triple digits around this time of year. For those who must brave the heat and still make it to work, many companies are seeing workers skirt the dress code rules with attire that may not meet company professional standards. But are workplace dress codes legal in California? Can a company reasonably defend them in a court of law? 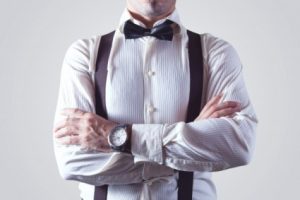 As Los Angeles labor and employment attorneys can explain, companies are free to implement workplace dress codes by setting standards for what is appropriate for the company or industry.

However, what they may NOT do is discriminate against workers on the basis of gender, gender identity (including transgender employees/those in the midst of a transition), religion, race or physical disability.

This includes with regard to both standards of dress and grooming standards. It was only this year that the so-called CROWN Act (Create a Respectful and Open Workplace for Natural Hair), passed by SB 188, passed, which demonstrated the legislature’s directive to workplaces to tread extremely carefully in their attempt to police their own workers’ appearances. That law was passed to address the way black employees were treated differently with regard to their hair, expected to conform to an aesthetic that is Euro-centric.

But hairstyles are just one element of dress code that may be applied disparately. Whether it’s intentional or not, employers might be discriminating against workers in dress codes.

Generally speaking, dress codes need to be reasonable and they should be applied equitably. There is an argument to be made that some workplaces require a more stringent dress code because of the nature of the industry or one’s position. Some workplaces have initiated dress codes that include bans on jewelry. Others require close-toed shoes. They can also legally have ruled about tattoos, piercing, makeup and hair – so long as they do not discriminate on the basis of one’s protected status, as outlined above.

For instance, a dress code that requires women to wear makeup – but not men – is discriminatory on the basis of gender. A rule that requires men to cut their hair and beards – in spite of certain religious beliefs it may violate – could be a form of religious discrimination. Workers who have a disability need also be considered. When workers have temporary or permanent disabilities, they should not be required to dress in ways than hinder them. One example might be requiring button up shirts or laced shoes when such mandates may affect someone who lacks the manual dexterity to complete these tasks on their own.

As Los Angeles workplace discrimination attorneys can explain, the question that often arises is whether the rule is both reasonable and defensible. When an employer does impose restrictions on things like clothing, facial hair or hair styles, they must have incredibly strong justification – or else they’re risking an employment lawsuit.

Dress codes can be relaxed to a degree because of the heat, but rules should be carefully-crafted to ensure they aren’t crossing a line.

Companies that want to ensure their dress codes adhere to both federal and state standards (especially knowing California tends to favor stronger worker protections) should consult with an experienced employment attorney. Workers who believe they have been discriminated against with their company’s dress code should also seek legal counsel.

Can Your Boss Legally Make You Wear A Bra To Work? June 27, 2019, By Monica Torres, Huffington Post