Students who filed a lawsuit against the State of California’s tenure for teachers laws succeeded in their case when a Los Angeles Superior Court Judge ruled in their favor. The lawsuit challenged the idea that tenure for teachers deprived students of a fair education. The main argument of the case, was that tenure track for public school teachers is unconstitutional. Under the new ruling, previous laws that allow tenure-track positions and that leave some teachers insulated from termination have been struck down. 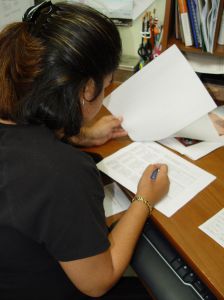 Previously, teachers have been protected from adverse employment action, including termination or lay-offs, once they have achieved tenure. Some have argued that teachers are able to maintain their positions, even when their teaching skills lag behind or fail. The laws also disproportionately impacted new teachers who were the first to be let go in the event of a lay-off. Our Orange County employment law attorneys are dedicated to protecting the rights of workers throughout the state of California. We are also abreast of trending legal issues that impact the rights of employees. In addition to advocating for our clients, we are dedicated to raising awareness to prevent discrimination in the workplace.

The tenure-track job laws were challenged on the basis that the current system is unsupported by the state constitution. The judge agreed, finding that the burden required does not meet the strict scrutiny test. The laws unfairly allow ineffective tenure-track teachers to remain in their positions while dismissing “junior” level teachers who may be more engaging and effective in their positions. Plaintiffs argued that firing a teacher or professor based on the fact that they were new to the system, rather than on job performance alone, ultimately only injures the students.

If the new ruling stands, California legislators will be forced to drat new regulations and guidelines for how it hires and fires teachers. According to supporters of the decision, the case will allow the California school system to fix the problems that once plagued the tenure-track system mandates. Students and parents have also lauded the decision finding that the decision will now give them the right to find and protect teachers who fulfill their duties in meeting students’ educational needs and rights.

Despite the celebration coming from many angles, teachers unions argued that the tenure law leveraged fair employment. Unfortunately for many of these tenure teachers, there was a significant body of evidence that the system favored “poor-performing” teachers. The U.S. Education Secretary has spoken out on the ruling stating that the decision should be adopted as a nationwide mandate. Supporters of the law are hoping that the decision is not forced through multiple appeals that will delay implementation.

The tenure-track system in California schools may have disproportionately impacted “junior” workers, but now teachers unions will be faced with lobbying their rights to ensure fair employment as new laws develop. Teachers impacted by this shift should have a clear understanding of their rights as new laws emerge. Tenure-track teachers who may lose their position over this law should also consult with an experienced advocate about their rights to future benefits and compensation in the event of termination.