Nobody enjoys being fired. Although California is not a right-to-work state, employers still have much freedom when it comes to termination of workers. Supporters of right to work laws opine they protect prospective employees who want a job but do not belong to a union.  Although there was certainly a time when it was difficult to get into in a union, that’s generally no longer the case and membership is encouraged.  The truth of the matter is these laws were designed to allow employers the freedom to fire workers for any reason they want and also to avoid having to deal with unions. 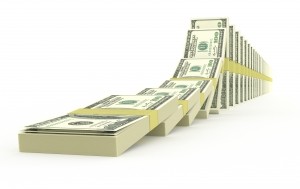 The reason many employers disfavor unions is because workers have strength in numbers. When they join a union, workers are invested with greater power to negotiate collective bargaining agreements that cause employers to give workers more protection than the base requirements afforded by the law.

Workers who seek to unionize may find themselves facing termination. You can discuss your rights with an experienced Los Angeles employment attorney.

Employers in California have a great deal of leverage when it comes to firing employees. However, they cannot do so for reasons that violate the labor laws, such as the California Fair Employment and Housing Act (FEHA) or federal labor laws.

The California Fair Employment and Housing Act (FEHA) generally prohibits an employer from discrimination against an employee based on the following:

There are also protections under the federal labor laws from discrimination against employees for reasons pertaining to union membership or the desire to form a union.

The Tesla Corporation is generally considered the maker of high-end electric sports cars for the specialty market.  However, the company has decided to enter the mass production sector and plans to release the mass-market Tesla 3 at a more affordable price. This effort has been delayed several times as the tech firm tries to transition into a typical automaker.  According to a recent news article from the Los Angeles Times, hundreds of workers were fired by Tesla for reasons they claim were related to the workers’ sub-par performance.

However, some of these workers are claiming they were given nothing but positive performance reviews. They also claimed they were in discussion to unionize the shop prior to their being terminated.  While the company is allowed to fire these workers for sub-par performance, if the actual reason was due to some of these allegations made by the workers, it could constitute a possible violation of California labor laws. However, the company is maintaining its position that the terminations were specifically not layoffs, and were all for cause.

One reason some speculate that the company does not want them considered layoffs is because it does not want to be seen as having issues with declining projected sales due to the delay in Tesla 3 production.  If, true, this does not mean they were not fired for cause, as this is more of a stock market issue than an employment issue with respect to quarterly projected revenue and earnings.