California, like most states, allows for at-will employment. That’s a term used in U.S. labor law that explains contractual relationships in which employees can be fired by an employer for any reason (i.e., without just cause) and without any warning. “Cause” is interpreted to mean a fair and honest cause or reason, regulated by good faith on the part of the employer. California’s Labor Code contains the presumption that employees are employed at-will. 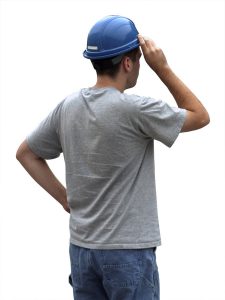 There are several exceptions to employment at will. These include:

In a recent wrongful termination case weighed by California’s First Appellate District, Division Three, the question was whether employee had an implied employment contract that required good cause for termination, and if so, whether his employer, a gas company, did have good cause for his firing.

For instance, in the 2000 case of Guz v. Bechtel National, Inc., California’s First Appellate District, Division Four, ruled that when there is no express agreement, the question will be whether other evidence points to a mutual understanding of the terms of employment (i.e., an implied contract). This can quickly complicate an employment case, so it’s important to have an experienced L.A. wrongful termination lawyer fighting on your behalf.

In the recent case out of California, plaintiff began working at the gas company in 1985. He continued his employment there for more than three decades. In 2013, one of his subordinates reported a safety issue regarding unbarricaded pipes on one of the job sites plaintiff managed. Several months later, that subordinate was removed from plaintiff’s job sites and was transferred to work at testing sites that required him to travel 3 to 4 hours daily.

Plaintiff sued his former employer for wrongful termination in breach of contract and the covenant of good faith and fair dealing. Defendant employer sought summary judgment as a matter of law, arguing plaintiff was an at-will employee who was subject to termination without cause. Alternatively, defendant argued it did have good cause to fire plaintiff. The trial court granted defendant summary judgment.

The appellate court wrote that it need not consider whether plaintiff had an implied contract that allowed for exception to the at-will employment presumption. The reason for this was the company did have good cause to fire him, basing its decision on the court’s conclusion plaintiff failed to show a sufficient factual basis that he was fired without cause.