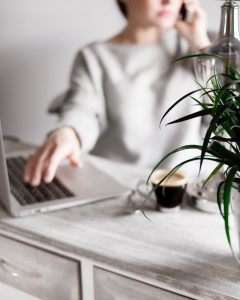 That doesn’t mean of course that workers still don’t face these challenges, but with an experienced LGBT employment discrimination attorney to help fight back, your odds of success are much more favorable.

LGBT workers continue to find themselves facing down discrimination that threatens their livelihood. CNN Business recently detailed this struggle by highlighting the fact that the U.S. Supreme Court has agreed to review an appeal of a funeral home over the U.S. Court of Appeals for the Sixth Circuit’s ruling in favor of a transgender employee.

According to court records, plaintiff, a funeral home director and embalmer, spent copious time writing a letter to her boss, the owner, explaining she was transgender and that after six years on the job, she planned to begin coming to work as a woman, her “true self.” Her boss read the note, folded it up, placed it in his pocket and walked out. She was terminated weeks later.

Plaintiff explained she would simply be going from coming to work as a man dressed in a suit to being a woman suited in a dress.

“They couldn’t handle that part,” she told CNN Business.

Soon thereafter, she filed a complaint with the U.S. Equal Employment Opportunity Commission, and the agency then sued the funeral home director,  arguing that to fire someone on the basis of his or her gender identity/expression or on grounds of gender-based expectations is a violation of federal law on gender discrimination. State laws and district courts have been divided on this point.

The 6th Circuit ruled in favor of the worker, citing Title VII of the Civil Rights Act of 1964.

Now, the funeral director is appealing to the U.S. Supreme Court, arguing that requiring him to allow his employee to wear the uniform intended for use by female funeral directors is a violation of his right not to be complicit in perpetuation of the notion that gender is a social construct as opposed to an unchangeable gift from God. A religious conservative group providing legal defense to the director argues that when the goal is to help grieving loved ones of the deceased, the non-conforming gender identity of a funeral home employee shifts the focus away from that process.

Further, he argues he’s being penalized for changes in law and federal policy that could not have been anticipated.

In agreeing to hear this case, the SCOTUS will offer a final answer on whether gender identity and sexual orientation are covered under Title VII gender identity protections.

It is the EEOC’s current position that Title VII’s prohibition on employment discrimination on the basis of sex also bars LGBT discrimination. Gender discrimination attorneys at The Nassiri Law Group understand that these protections are supposed to apply regardless of state and local rules, but that’s only per EEOC policy.

EEOC policy is set by officials appointed by the federal administration, but there are currently several openings at the agency  including for its general counsel.

The SCOTUS decision could settle the matter with some finality, allowing workers to know where they stand.

Fired for being transgender: The fight for LGBTQ workers’ rights, June 2019, CNN